My intention in writing this novel has been to give Westerners a glimpse of the richness that exists within the Muslim historical tradition and invite all my readers to learn more about Islam and draw their own conclusions. 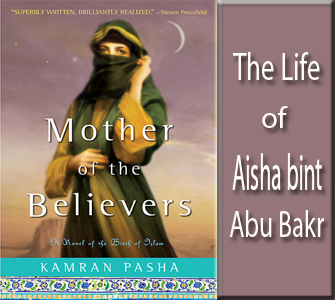 Mother of the Believers: A Novel of the Birth of Islam, is the remarkable debut novel of Kamran Pasha which centers around the life of Aisha, Prophet Muhammad's youngest wife. The book is a historical epic that illustrates the birth of Islam and the rise of this religion from a few believers to a great Muslim empire. The story is not told by Prophet Muhammad himself, but rather by Aisha, as the first child born into the community of believers, the daughter of Prophet Muhammad's closest Companion, Abu Bakr, and his most beloved wife who spent most of her life with the Prophet.

The book narrates the events of the life of Aisha in detail, and it takes on the form of writing a journal for her nephew Abdullah: the readers witness the birth of Aisha, her childhood as part of the persecuted group of Muslims, the migration to Medina, her marriage to Prophet Muhammad, and many other details.

This beautifully crafted book is an interesting and a well-researched piece of work. Carefully composed, Mother of the Believersrepresents the portrait of of the most famous Muslim woman who made efforts to introduce Islam into the world; Kamran Pasha, the author of the book, relates:

"In Mother of the Believers, I attempt to bring to life the remarkable voice of Aisha, the Prophet's youngest wife, who was a scholar, a politician and a military commander who led battles into Iraq. Aisha's life single-handedly challenges the prevalent stereotype of the oppressed and submissive Muslim woman and she remains a role model for Muslim feminists today."

Aisha, the most beloved wife and the most intimate friend of Prophet Muhammad is the Mother of the Believers and this book is her story.

"At a time when one world was dying, and another was about to be born. There is much glory in my tale, much wonder, and a great deal of sorrow. It is a story that I hope you will preserve and take with you to the farthest reaches of the Empire, so that the daughters and granddaughters of those who are still being suckled today will remember. Much of what I shall relate, I witnessed with my own eyes. The rest I recount as it was recounted to me by those who were present."

Who is Kamran Pasha? 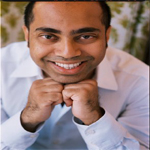 Kamran Pasha is a writer and producer for NBC's highly anticipated new television series Kings, which is a modern day retelling of the Biblical tale of King David. Previously, he served as a writer on NBC's remake of Bionic Woman and on Showtime Network's Golden Globe nominated series Sleeper Cell, about a Muslim FBI agent who infiltrates a terrorist group.

Kamran will soon be a published novelist as well. He has secured a two-book deal with Simon & Schuster's Atria Books to publishMother of the Believers, an historical fictional tale that depicts the rise of Islam from the eyes of Prophet Muhammad's young wife Aisha, and Shadow of the Swords, a love story set amidst the Crusades.

Kamran has also made strides in the video game world. He recently wrote Blood on the Sand for Vivendi Universal, the sequel to hip-hop mogul 50 Cent's bestselling game Bulletproof.

An expert on the Middle East, Kamran is one of the few successful Muslim screenwriters in Hollywood. In 2003, he wrote his first feature script at Warner Brothers, an historical epic on the love story behind the building of the Taj Mahal. He is currently writing an epic film entitled The Voyage of Ibn Battuta, which follows the adventures of a famous Arab traveler who journeyed to China in the 14th century. This feature is being financed by the Moroccan government and produced by the French production company Forecast Pictures.

Kamran holds a JD from Cornell Law School, an MBA from Dartmouth and an MFA from UCLA Film School. He spent three years as a journalist in New York City, writing for media companies such as Knight-Rider. During his time as a reporter, Kamran interviewed prominent international figures such as Israeli Prime Minister Shimon Peres, Peruvian President Alberto Fujimori, and Pakistani Prime Minister Benazir Bhutto.

2 Decobert, Emily, Mother of the Believers: A Novel of the Birth of Islam Reviewed by Bookpleasures' Reviewer Emily Decobert. 2009. [O]. Available:

The Sunna as the Basis of Islamic Ethical Teaching

Mawlid in the Middle East