40 - The Last Days of the Holy Prophet, His Sickness and His Death Dr Casim Avcı 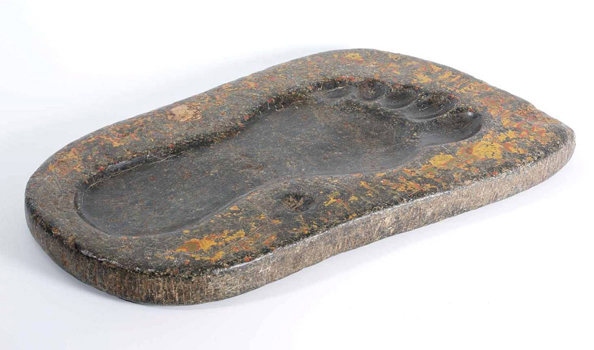 After his return to Madina from the Farewell Pilgrimage, Prophet Muhammad’s health began to decline. During the days of his illness he visited the graves of the Uhud martyrs and performed the funeral prayer. Leaving his house on another night, he went to Madina’s graveyard and entreated God’s forgiveness for those buried there. During this time, Aswad al-Ansi from Yemen’s Madhhij tribe emerged with the proclamation of Prophethood.

Advancing upon Sana'a with a force of up to 600 cavalry that he gathered from his tribe, Aswad killed Shahr – the son of the first Muslim Governor of Yemen Badhan, appointed in his father’s place – because he opposed him, forcibly married Shahr’s wife Azad and took control of the region. The Prophet sent letters to governors and prominent figures of the region as a means to stopping Aswad. Aswad was eventually killed, with Azad’s help (8 Rabi’ al-Awwal, 11/3 June, 632). In the meantime, Musaylima the Liar from the Hanifa tribe – who sent a delegation to Madina – apostatized on the delegation’s return to Yamama and declared prophethood. The Prophet sent him a letter inviting him anew to Islam. In his letter of response, Musaylima proposed partnership to the Prophet claiming that half of the earth belonged to him while the other half belonged to the Quraysh. In his reply to Musaylima, Prophet Muhammad stated that the earth belonged to none other than God and that God chooses whom He wills from His servants to inherit the land. Musaylima was killed during the caliphate of Abu Bakr.

In the eleventh year after the Emigration, towards the end of the month of Safar (May, 632), Prophet Muhammad decided to dispatch an army under the command of Usama ibn Zayd to the Byzantine land where the battle of Mu’ta had taken place. The army set up base in the Juruf region outside of Madina. When the Prophet’s condition deteriorated even further in the meantime, Usama decided not to advance, but to wait.

During this time, Prophet Muhammad suffered from headaches that intensified from time to time as well as high fever. During his illness, he went to lead prayers in the Prophet’s Mosque with the help of his Companions. On one such occasion, he climbed to the pulpit and said: “A servant has been allowed to choose this world or his Lord. He chose his Lord.” Immediately understanding that the Prophet was referring to himself, Abu Bakr began to cry, exclaiming, “My mother and father be your ransom, O God's Messenger!” The Prophet consoled him and told him that he was very pleased with him. Thereafter reminding the Emigrants and Helpers of their mutual sacrifice and virtues, advised them to act in unison. He later instructed those who had rights over him to come to him to ask for their rights. He counseled scrupulousness regarding the rights of others and paying debts on time, and cautioned against turning graves into temples, as witnessed throughout history.

The Prophet’s last will to his daughter Fatima and his aunt Safiyya is noteworthy: “Perform acts of goodness valuable in the eyes of God. Otherwise, I cannot save you from God’s holding you to account in the Hereafter in matters of the permissible and the prohibited.”

The last wishes that the Prophet expressed to the Muslims encompass such issues as treating those for whom they are responsible with kindness, displaying meticulousness in their preparations for the Hereafter with the consciousness that they will be held to account, and paying special attention to receiving foreign envoys in the best possible way and presenting them with gifts.

Prophet Muhammad spent his last days with ‘A’isha and when his illness intensified three days before his demise, he asked Abu Bakr to lead the prayers. At a point at which he felt better, he went to the Mosque with the assistance of ‘Ali and Fadl ibn ‘Abbas and when Abu Bakr, who was leading the prayers, retreated to allow the Prophet to return to his place, the Prophet indicated for him to continue and stood for prayer by his side. Following the morning prayer of the day the Prophet passed away, Abu Bakr visited him and upon seeing his situation slightly improved, sought his permission and retuned to his home. However, the Prophet’s condition deteriorated suddenly. According to ‘A’isha’s account, before Prophet Muhammad passed away, he said softly, “There is no god but God, how difficult it is to surrender the soul!” and passed away in her arms, with the words, “To Rafiq al-A'la! (the Highest Abode)” (13 Rabi’ al-Awwal, 11/Monday 8 June, 632).

The Prophet’s demise caused immeasurable sorrow for the Muslims, with some like ‘Umar even saying that he was not dead, in their stupor. Receiving news of the situation, Abu Bakr came directly to the Prophet’s side, raised the veil covering his face and kissed the Prophet saying, “O God’s Messenger! You were beautiful while alive and are beautiful in your death”. Then going to the Prophet’s mosque, he declared, “O people, if any among you worshipped Muhammad, then let them know that Muhammad is dead, but whosoever worshipped God, God is alive and will never die.” Then he recited the following Qur’anic verse: “Muhammad is but a Messenger, and Messengers passed away before him. If, then, he dies or is killed, will you turn back on your heels? Whoever turns back on his heels can in no way harm God. But God will (abundantly) reward the thankful ones” (Al-‘Imran, 3:144). The Prophet’s body was washed on Tuesday by ‘Ali with the help of the sons of the Prophet’s uncle ‘Abbas, Fadl and Qusam, as well as Usama ibn Zayd and was kept in the room he was in. The funeral prayer was not performed in congregation; first the men and then the women, and then children came into the room where the Prophet’s body lay, in as big as groups as were possible and performed the funeral prayer individually. His body was placed in a grave – by ‘Ali, Fadl, Qusam and Usama – dug at the precise place of his death, in accordance with a hadith related by Abu Bakr.

Living a simple life, using all the material means at his disposal in the path of God, Prophet Muhammad left behind a completely modest inheritance. As he himself has declared, “The community of the Prophets does not leave anything to be inherited.” (Ibn Sa’d II, p. 314; Bukhari, ‘Khumus’, 1). At his passing, he had under his ownership a white mule, some weapons and a certain amount of land. He ordered that the income from these lands be used for his family with the rest to be handed over to the public treasury. Stating a short time before his demise that he would be ashamed to face God with these, he wanted the seven dirhams that he had in his possession to be distributed among the needy. A suit of armor that belonged to him was given to a Jew as security for the payment of money borrowed from him.

As for Prophet Muhammad’s spiritual legacy, it is very great and valuable both for his community and indeed for all humanity. As he himself stated in his Farewell Sermon, he left behind the Qur’an and the sunna as his most precious legacy, and the religion and civilization of Islam which crystallized around these two key sources has taken its place in the history of humanity, having its influence felt for centuries across a diverse and expansive geography.

This is a brief commentry.I appreciate the way of narration.However I'd appeal all the writers of Islam.Please use proper and full salutations before you use the holy name of Holy Prophet Hazrat Mohammad Sallal la ho alai he Wasalam,with Ahle Bait & Sehaba e Keram salutations Razi ALLAH ho Taalah Unho or use Alai hes salam.

We have to respect and promote utmost respect for all our holy personalities.
Thanks

I really loved reading this

There is no god but Allah and Muhammad (Peace be upon him) is His Messenger.

Mawlid in the Middle East

The names and attributes of Prophet Muhammad