A different perspective on the Mawlid Nihal Şahin Utku 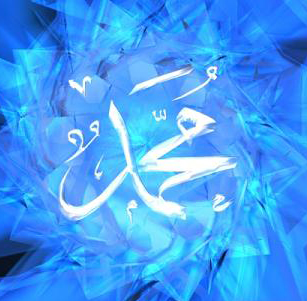 The entry of the last Prophet Muhammad (pbuh) into this world has been present to humanity by way of constant pushing of the boundaries of literature; many literary pens have competed with one another in order to turn their ink into lines that share his story. Many scholars, who are known to have contributed rational works in various publications, could not help but partake in a divergent style of writing where the life of Prophet Muhammad is concerned. In the books of Shamail, which describe the characteristics and physical attributes of Prophet Muhammad, the love for him has became apparent, in full bloom. He has been presented as someone whose hands were "Colder than ice and softer than silk;" whose perspiration smelled of "rose," whose strength transformed the rosebud into a flower;" and whose shadow was not cast on the ground as he was created of nour (a celestial light) and whose pure body allowed for no flies to rest on it. He was created "in beauty from head to toe in incarnate love." "For this reason, the portrait of Prophet Muhammad cannot be found on a canvas. The silhouette of Prophet Muhammad can only be imagined on the signs titled "hilye," which describe his body and spirit.

While this natural and innocent appraisal has been passed down from one generation to the next, with time, a "mystical curtain of respect" has been formed around Prophet Muhammad. The attributes of Prophet Muhammad, whose pre-prophecy life has been covered with a thick curtain of miracles, as a human being and not an angel, has been placed on the back-burner.

Miracles have often been placed on objects which he has come into contact with rather than his message. The authors of books on the life of Prophet Muhammad, note the miraculous events which coincided with the birth of Prophet Muhammad are only a small portion of these documents. Sources indicate that 14 columns in the palace of Kisra, the fire of the Majusis dying and the Lake of Sava going dry. However, in the words of Indian scholar Mevlana Shibli Numani noted that it was not the palace of Kisra that was ruined on that day, but the supremacy and fame of Iran, the decadence of the Byzantine, the might of China. It was not the fire of the Majusis that faded, but the fire of tyranny that was concealed by disbelief. It was not the Lake of Sava that dried out, but the reign of idolatry, the strength of Zoroastrianism.

In the shadow of the mystical curtains and epic tales, which hold up a great deal of space in the books an literature dealing with the life of Prophet Muhammad, the historic truths which came to be as a result of this sacred birth were overshadowed, with the symbolic descriptions and truths often becoming intertwined with one another. While the Prophet of Allah rightfully became subject to a tale-like discourse, was unjustly taken out of people's (everyday) lives. While these curtains exist, the definite victory of the prophet over monotheism, Persian dualism and Christian trinity cannot be understood fully and properly. The incredible victory of the Messenger of Allah who entered the hearts of his community and found the courage to re-established himself in the city of Medina with a handful of people, cannot be understood accurately either. As Nasr indicates, the troublesome journey in which he left as a "horseman prepared to stand on the skirts of the mountain of truth," saw that the Messenger of Allah conquered Saudi Arabia from its heart, cannot be appreciated in its entirety. Prophet Muhammad is a human which was successful in spreading the divine commands of Allah in this world using earthly vehicles. He is a successful leader, who socially transformed the community he lived in and a successful messenger who was able to carry his message outside of the large peninsula he lived in. The religion he conveyed interpreted the greatest war to be the one wages against one's very own internal desires and stimulus; which interprets virtue as something that rejuvenates the spirit and heart; and sin as something which causes restlessness of the spirit and a heavy weight for one's heart," and thus places a heavy responsibility on the shoulders of individuals.

It was not easy for Medina to become "The city of the Prophet," or the "the city of enlightenment." Prophet Muhammad did not take over a readily made community. Medina was the result and reward of hard work, arduous perseverance and an incredible struggle to all believers. The Medina experience is the effort toward realizing the beliefs that set people on a path in a state of hunger, thirst, sleep-deprivation and fear for loss of life. It is the story of success for meek, who left all of their worldly possessions behind them, parted ways with the protectionist family and tribal structure of Arab tradition. It is story of people who knew nothing about farming being forced to comprehend its significance in a different landscape where unfamiliar weather and fauna existed and overcame all of this to become successful n a short period of time.

The influence of a group a people, whose numbers made u a few hundred, in a city where serious disagreements were taking place, begin in the very first few years following the Hijra (migration). The first Friday prayer, the facing of the Kaaba during prayer, the brotherhood between the Ansar and Muhajireen, the drawing of the borders of Medina, the first population count, the opening of the first masjid, followed by the first school, Suffa, the setting up of alternative markets, are all concerete and social Dynamics of the victory in Medina. The overcoming of problems brought on by the migration, the employment opportunities of the muhajireen, the resistance that would be demonstrated against Mecca, where they came from, the strategies that would be devised regarding intra-Medinan conflict, relations with the Jewish population were all matters which required immediate attention by Prophet Muhammad. While Prophet Muhammad presented the diving message to humanity as he had taken on under the title of a prophet, he was also shouldering the heavy burden of setting an example as a fellow human being to the community that he lived in.

Just as we should be careful in understanding the life of Prophet Muhammad, we should be careful in understanding his "mawlid." The Mawlid should not remain as merely the harbinger of the sacred birth; the experience of Prophet Muhammad and the struggle he exerted in becoming a slave for Allah, despite the fact that he was granted prophecy, ought to be remembered. A price should be placed on the shoulders of those who love the greatest human being of all.

The Birth of Prophet Muhammad

From "Dialogue" to "Living Together With Differences"