Director Muhammad Bayazid From the Editor

How can the life of the Prophet Muhammad (pbuh) be relevant to our own lives today? The miniseries ‘Inspiration’ explores the timeless nature of the Prophet’s message by telling the story of a young American Muslim who draws on the example of the Prophet to help confront the personal, professional and spiritual challenges he faces in his daily life. Muhammad Bayazid is a Syrian film maker and the director of ‘Inspiration’. LastProphet.info talked with him about ‘Inspiration’ and his own relation to the Prophet.

-I’ve read that your interest in filmmaking began in high school in Damascus, when you were volunteering for a non-profit organization that cared for orphans, and offered to edit a documentary for them. The Prophet Muhammad (pbuh) was himself an orphan, and the Qur’an and many hadith urge Muslims to care for orphans. Did this have anything to do with your volunteer work?

While in Damascus I was honored to spend a great amount of time dealing with Orphans, as a volunteer I was responsible for a group of lovely orphans where I lived in Rukn Aldeen (a neighborhood in Damascus), teaching them Quran and Sirah, trying to guide them in their own lives. My teacher and mentor Osama Al Hakim taught me so much about how to take care of orphans, and with time I felt this indescribable joy of doing so, al-hamdulillah.

-Do you ever reflect on the fact that it was your volunteer work with orphans that opened up your passion for filmmaking, and lead eventually to making a miniseries about the Prophet (pbuh)?

Subhan Allah! Every time I recall this I find myself speechless, how Allah blessed my life and guided me to serve the Ummah, and every time I think maybe all that blessing was because of the Baraka of these orphans.

However the main motivation of entering the filmmaking career was to produce a feature narrative film about our beloved Prophet (pbuh), a film that takes place between his blessed time and our time. I even wrote the whole story when I was young and I still have it in a safe place waiting for the right moment insha’allah. Having that said I think the concept of that film has influenced the Inspiration series in one way or another. 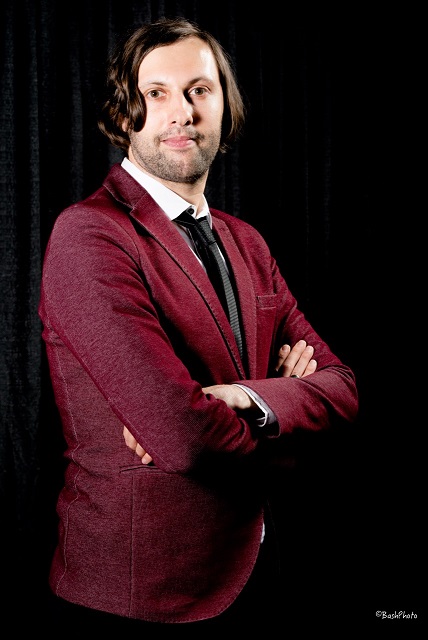 -To state the obvious, you share the same name as the Prophet (pbuh). Has this influenced your relationship to him?

It’s not only the same name but the same lineage as well, since I’m a descendant of Muhammad (pbuh) from both my father’s and my mother’s side, and so I grew up hearing people tell me about how I should be a good person to preserve this honorable lineage.

But at the end of the day my love for him is much more than only blood, it is much more of a spiritual love that all Muslims share.

-There are many different ways to present to people the Prophet Muhammad (pbuh), his life, his example, and the message he brought. Why did you choose to present them through the story of a young American Muslim?

We wanted to make his life more relevant to the youth. One of the main problems American youth face while reading Sirah is that they usually feel: “Well, that’s really nice, but our time is different than his”.

And I think that we - in the Inspiration series - proved that there is so much similarities between our times, and we are facing almost the same problems he faced; only appearances and manifestations have changed!

-In another interview you said the original target audience for ‘Inspiration’ was Muslim youth viewers. However it has also gained popularity among non-Muslims. If you were to make the series again for a non-Muslim audience, what different decisions would you make?

It would be a completely different version in my opinion. Inspiration in its current form is a platform for delivering prophetic lessons. If we are to target a non-Muslim audience then entertaining would be the main goal. We would need to incorporate intense and exciting dramatic actions into the show; this is the way Hollywood delivers its messages to the whole world. But again this would be a totally different show, with a different episode duration, and budget of course.

-You manage to pack a lot in to each episode, which are typically only 5 to 6 minutes long. Why did you choose to make episodes of this length?

Since the production was intended for online distribution, we thought that this duration would be the best. We wanted to make each episode easy to watch by our audience, plus producing longer episodes means more complicated storylines/plots, which will eventually require larger  budget than we could afford at that moment. 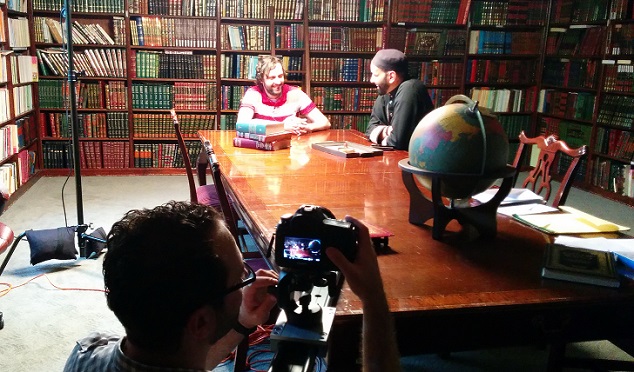 -Have there been any reactions to ‘Inspiration’ that have surprised you?

Yes many! Especially those from non-Muslim viewers, let me quote two of my favorites:
“Such a beautiful video, although I don't share the same religion I can appreciate that of the beauty of it and its many similarities with the foundational morals that we as humans live by. Richard Browning”
“I'm not a Muslim, but the "Islam" I see here is so beautiful and different than the "Islam" I see in fox news...etc I guess Islam is misjudged, I'll watch more of these episodes since I'm a truth-seeker. Andrew Lynch”

-The last episode in the series is called ‘(The World He Wished to See) Islam and Racism’ and is about how the Prophet united different tribes and ethnicities under a banner of common humanity. Today many notice a rise in acts of Islamophobia – prejudice against Muslims – and some have considered this a form of racism. Do you agree?

Racism and ignorance are today’s best friends. It is our duty to fix this. You can’t expect others to stand out and speak for yourself, and there is no better way that I think of changing this than media. We (Muslims) need to consider film-making as a serious career. When our beloved Prophet got the message he went up a hill to be heard and seen by his people – that was the best he could’ve done in his time. In our time this hill has become a film theater, a TV, a YouTube, and now the question for all of us is very simple: Are we going to climb that hill? 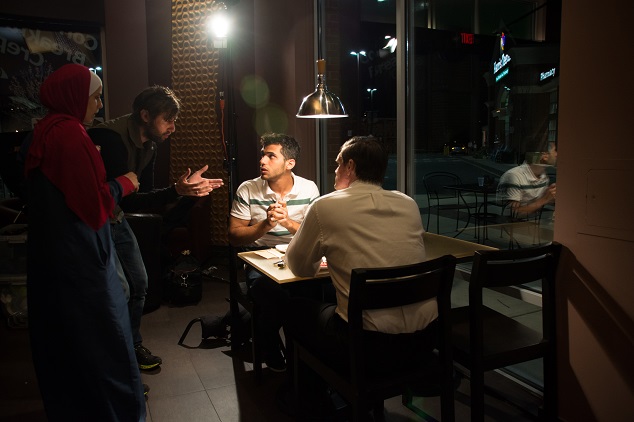 Muhammad and his work partner and wife Samah Safi, and the star of the show Mohammed Zeyara

-You have said you want to deliver the beauty of Islam to the whole world. Can you tell us about any of your future projects?

I try to do that in every project; right now we are considering a second season of Inspiration, it wasn’t planned but Subhan Allah due to popular demand we decided to go for it. Plus I’m in an early pre-production phase of an American feature film that holds a noble message insha’allah. I ask your readers to pray for us always.

-What is your favorite episode of 'Inspiration' and why?

There are a couple, but if I have to choose one then it would be the second episode (Power Without Piety), because it tackles a sensitive subject. Islam is not only rituals, it is morals, ethics and manners as well, and many Muslims (unfortunately) focus on their prayers and rituals (which is great) but their Islam ends here, and you find them lying and stealing and dealing with Riba (usury) and so on, as if Islam is something between us and God only.

Review: The Life of Muhammad, Episode 1

The Sunna of Love