Excerpt from Hamza Yusuf’s Purification of the Heart 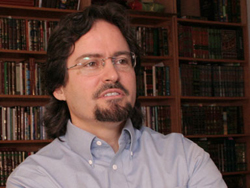 Fear of poverty originates in having a bad opinion of [God] the Exalted, and its cure is in having a good opinion and knowing that what God possesses is never diminished in the least and that what has been apportioned to you will reach you inevitably.

One who uses his religion as a means of benefiting his worldly condition is a sycophantic hypocrite in his transaction, and he ultimately shall be the one defrauded.

Fear of poverty is counted as one of the diseases of the heart.For the reasons that follow, scholars have said that nurturing this fear is tantamount to harboring a negative opinion about God the Exalted, who has revealed, Satan threatens you with poverty and he commands you to immorality. But God promises you His forgiveness and bounty (QURAN, 2:268). One of Satan's tactics is to keep people so occupied with the fear of losing their wealth they end up desperately clinging to their Money and depriving the needy—and themselves—of the goodness of giving for the sake of God. A person under the spell of irrational fear is more vulnerable to transgress laws, even to the point of indulging in lewdness, for the purpose of gaining profit and wealth.

God is the Provider and source of all wealth and comfort. He has promised that those who believe in Him and expend on behalf of the indigent shall receive a far more valuable return than the measure of what they spend. If one is to have fear, let it be of God, who has revealed: And whoever fears God, He will make for him a way out. And He will provide for him in a way he never expected. And whoever trusts in God, He is sufficient for him (QURAN, 65:2-3). 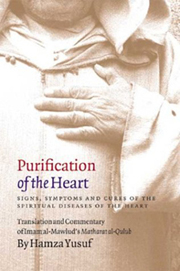 There is a stipulation in receiving this provision, namely, that one have true taqwa (or awe of God) and is nurturing of the condition that permits him or her to walk the earth with dignity.

The fear of poverty is an instrument of deception and common cause of misguidance.The American humorist Mark Twain once remarked, "Most of my problems, I never actually encountered." A person can grieve over a plethora of concerns and problems that he or she may never have to face. These phantom concerns can be controlling. A person who has wealth is constantly worried about his estate and its potential loss. Often, wealthy people enjoy no peace of mind and their lives are rife with conflict, contention, and treachery. There is a hadith that states, "Anxiety is half of aging." And there is another hadith that states, "Righteousness will lengthen your life." One interpretation of this hadith is that people who are righteous do not suffer anxiety that tears down the body and mind. They are content to do good and trust in God. It is usually the irreligious who are in a state of turmoil, their hearts never at ease.

Imam Mawlud ties "fear of poverty" with a kindred illness whose carrier is called in Arabic mudahin, a person who uses his religion as a means of buttressing his worldly condition. He is a "sycophantic hypocrite in his transaction" and ends up cheated in the most debased way. He compromises his religion in order to achieve worldly gain, often out of fear of poverty or sheer greediness.

God exposed the disbelievers among the Quraysh who wanted to make deals and compromises with the Prophet, such that religion would become a way to tend to their worldly affairs.God says about the disbelievers in Makkah, They would love that you [0 Muhammad] compromise so that they may compromise (QURAN, 68:9). The Quraysh desired that the Prophet praise their gods and their rituals even though he does not believe in them, and they, in turn, would not oppress the Prophet and the Muslims. With this deal, the Makkans could keep their grip on t:lie city and the trade caravans that come to it.

The great historian Ibn Khaldun quoted a poet's observation of the Muslim societies he came across: " W e mend our livelihood with the cloth of our religion. In the end, nothing of the religion remains and our worldly condition goes unmended." God will never set aright one's worldly affairs when he or she destroys religion.

Mudahana is from the root word duhun, which means to cover something up with paint or cosmetics. Shaykh Muhammad al-Yadall says that mudahana is when a man "gives up his religion in order to secure his wealth or his blood, and sitting with the people of disobedience and keeping their company and praising their actions and displaying pleasure at their condition without condemnation." In our modern context, mudahana may be applied to a conspiracy of silence when it comes to other people's transgressions and blatant deviations. It is turning one's eyes away from those who commit abominations.

The cure for fear of poverty is to have a good opinion of God, says the Imam.God states, I do not desire from [people] any provision nor do I desire that they feed Me (QURAN, 51:57). People who harbor good thoughts about their Provider deflect insidious whisperings about Him and the subtle provocations that create irrational fear. His dominion is never diminished in the least when He gives to His creation all that they need. And if someone is given more than another, one should not harbor bad thoughts toward that person.Wholesome thoughts about God express themselves in one's contentment with what he or she has, and not stretching one's eyes toward the assets of others. The Prophet said, "Contentment is a treasure that is never exhausted."

Shaykh Hamza Yusuf embraced Islam in 1977. He spent several years studying in the Middle East and Africa under numerous scholars. Currently, he is the director and co-founder of the Zaytuna Institute, in California, which is dedicated to the Revival of Islamic Sciences and the preservation of traditional teaching methods. Shaykh Hamza Yusuf Hanson was born in Walla Walla, Washington and raised in Northern California. He became Muslim in 1977 in Santa Barbara, California and subsequently moved to the Middle East and studied Arabic and Islam for four years in the United Arab Emirates and later in Madina, Algeria, Morocco, and West Africa for many years. He received teaching licenses in various Islamic subjects from several well-known scholars in various countries. After a ten-year sojourn of studies abroad, he returned to the USA and took degrees in nursing from Imperial Valley College and religious studies at San Jose State University. He has traveled all over the world giving talks on Islam and has translated several classical texts from Arabic. He presently teaches at Zaytuna Institute in Hayward, California, where he lives with his wife and children.

“Ahl-i Bayt” in the Holy Quran

Who Should Eyes See, Who Should Tongues Speak Of?

Muhammad: A Story of the Last Prophet - A Review

Key Clicks in The City of Knowledge

Experiencing the Sweetness of Belief: Affection, Sincerity and Servitude

Can the Power of Prayer Alone Stop a Pandemic Like the Coronavirus?

Friday Sermon: The Prophet and The Community of Trust

Bless Us in Rajab and Shaba'an...