Islam's Stance On Homosexuality From the Editor

Lately, there has been a lot of coverage on the degradation and punishment of homosexuals in Muslim communities. Although in many countries in the Middle East, including Egypt and Iran, homosexual behavior is not accepted and in fact punishable by death, rant and rave about Islam’s condemnation of homosexuals is thought to be exacerbated in favor of political agendas. George Mason University professor, Dr. Amal Amireh says that Islam, the religion of the “Orient,” was once portrayed in the West as a religion that promoted promiscuity, while the Christian clerics were living a life of celibacy and abstinence. Ironically, in the 21st century, Islam is being portrayed as a religion that represses sexual desires, with the veiled woman at the forefront. Further, if it is not the veiled woman, it is the “persecuted homosexual” who should be pitied, according to certain “experts” whose responsibilities are to unravel new flaws in Islam that will conflict with the status quo of the opposing society. “The Muslim homosexual has emerged outside the veiled woman as a figure in much need of rescue, who must be saved from his own religion and culture. The persecuted homosexual has emerged as Islam’s essential difference, and has become a key figure in the ‘us’ versus ‘them’ rhetoric of those who believe in a clashed civilization of cultures,” says Dr. Amal Amireh.

One thing that needs to be made clear is the Islamic stance on homosexual behavior, and not only its punishment, but the reasons behind such a solid stance, which is shared by nearly all heterosexual Muslims around the world.

Admitting that within every culture or religious community there are people that have tendencies towards corruption, be it homosexuality or excessive heterosexuality, Zaid Shakir calls it a “struggle against the soul” (jihad al-nafs). The “homosexual” Muslim must fight his/her tendency towards homosexuality, because to engage in it would be harmful to the individual, as well as the society in which he/she lives. “Our position [as Muslims] is to try to educate them,” he says. 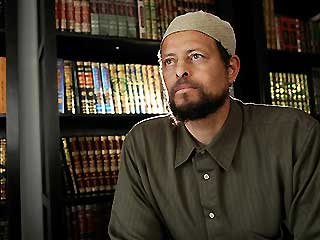 Because Islam strives to preserve the family and society, homosexuality is simply unacceptable and condemned by Islamic scholars from all schools of thought and an array of cultures, be it Egyptian, Pakistani, American or European.

Sheikh Yusuf al-Qaradawi, a prominent Egyptian Muslim scholar and lecturer, is considered by many non-Muslims to be a moderate Muslim who promotes a tolerant form of Islam, yet when asked about the Islamic ruling on homosexuality, he answered with reference to the Qur’anic story of the people of the prophet Lut, (Lot), who were “addicted to this shameless depravity, abandoning natural, pure, lawful relations with women in the pursuit of this unnatural, foul and illicit practice.” 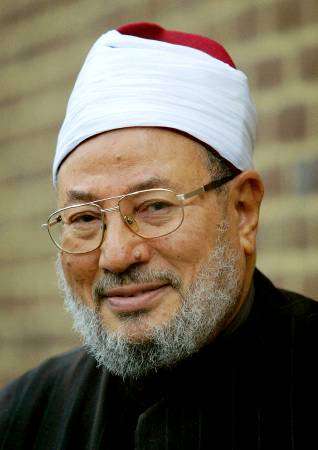 The people of Lot cried lies to the Envoys when their brother Lot said to them, 'Will you not be godfearing? I am for you a faithful Messenger, so fear you God, and obey you me. I ask of you no wage for this; my wage falls only upon the Lord of all Being.
26:165 What, do you come to male beings, leaving your wives that your Lord created for you? Nay, but you are a people of transgressors. They said, 'If thou givest not over, Lot, thou shalt assuredly be one of the expelled.' He said, 'Truly I am a detester of what you do. My Lord, deliver me and my people from that they do.'

Islamic Theologian Dr. Bilal Philips reminds us of the different studies that have been conducted in the past that aimed to condone homosexuality and portray it as having to do with one’s genetic make-up.

He refers to the research that was carried out in 1993 at the National Cancer Institute by Dean Hamer, who claimed that there was concrete evidence for gay genes, with homosexual genes passing to the fetus through the mother’s chromosomes. After writing many memoirs and being invited on several television talk shows, he gave “expert testimony for the genetic origin of homosexuality.”

Though this study was published and on the front page of reputable newspapers, no one followed up to learn what happened later on. When the University of Western Ontario endeavored to repeat Dr. Hamer’s experiments, they were not able to find any linkage between the x-chromosome and sexual orientation. Furthermore, it was pointed out that his study lacked the most fundamental principle in scientific research – a control group. The following year, the Chicago Tribune reported that a junior researcher who worked closely with him in his lab said that he reported his data selectively. The researcher was then dismissed from her post-doctoral fellowship at Hamer’s lab. Later, Hamer admitted that he was a homosexual. Thus, his scientific study was shot down within a year, but the vast majority of people are not even aware of this.

Studies like this are being conducted on a continual basis, but none have been able to prove that homosexuality is natural. Bilal Philips argues that most arguments of this kind lack a sound basis.

No matter what evidence is brought to the table, we will always find people to support the argument that there are inclinations for homosexuality, and even pedophilia or rape. However, “a society cannot be run based on such inclinations. We, as human beings, still have the ability to say ‘yes’ or ‘no.’” Philips states that the punishment for homosexual behavior is no different from the punishment for sexual relations outside the bounds of marriage, or zina. There is no “special punishment” for it, but certainly a punishment that aims to deter people from deviant behavior which threatens the family structure of the society. In order to protect that society, Islamic Law is very severe, yet then again, four witnesses are required to execute punishment. So, it is very difficult for the law to be applied or misused. One cannot be punished for having homosexual tendencies. Though some so-called “Islamic governments” in the world may do this today, there currently does not exist a state that conducts its affairs according to shariah law.

Prophet Muhammad told the Muslims to teach their children how to pray at the age of seven, and to separate their beds once they reach a certain age. This is to prevent incest or homosexuality. Thus, from the Islamic perspective, certain principles are applied at a very early age to prevent the birth of certain feelings which could lead to deviant behavior.

Because family is the core of an Islamic society, shariah law preserves this sacred sphere, providing the society with ways to avoid the destruction of the family unit, which, when damaged, can have a domino effect on the greater community to which it belongs.This is one of the reasons why Allah gave both women and men the right to divorce, because an unhappy couple is more detrimental to a society than a divorced one. Therefore, under shariah law, a woman can divorce her husband without any prior notice, for a reason as trivial as not liking his appearance, as we have evidence for in a famous hadith of the Prophet of Islam; and a man must claim that he wants to divorce his wife three times, within a three-month period, prior to which he is obliged to pay her the monetary support that she requested upon marrying him (mahr).

To conclude, homosexual behavior is forbidden (haram) in Islam, as it threatens the natural family unit and the society, on a greater scale. Further, homosexual tendencies are only viewed as something which can be overcome by controlling one’s nafs; just as one might have an inclination towards overeating or excessive heterosexual behavior. No doubt is such an inclination a struggle, but surely this energy can be channeled in healthier directions, such as prayer and meditation, or anything else that promotes goodness.

I am a Christian woman and I agree with what is said in this article. We to believe the Bible warns against such behaviour! We are all capable of committing this sin of homosexuality but we need to put boundries and self control into our lives to resist the temptation. I wish the unbelivers would see our point of view and leave our religions alone when it comes to this topic. We are being obedient to God when we resist homosexuality and its pitfalls.

The Animals and the Ark