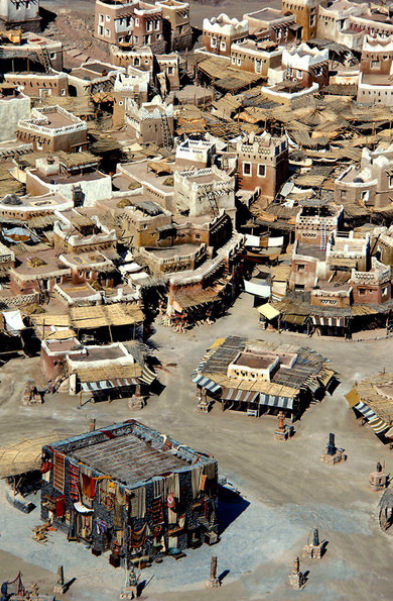 Filmmaker Majid Majidi, in the finishing stages of making his new film “Muhammad” got interviewed recently and promoted his film’s message, saying, “I wanted to share and spread the right understanding of Islam.”

With an unheard-of budget and entire city sets built for the occasion, “Muhammad” has a lot riding on it. Majidi gave a massive promotional push for his film during the interview.

This is Iran’s biggest-budget production to this date. A whole town as well as a full-scale Mecca were recreated down to the most minute detail.

“It will pay back,” Majidi said. “This film is a step forward for Muslim cinema. This is an investment into the development of Muslim cinema.”

The Oscar-nominated Majidi added, “the film starts with [the prophet’s] adolescence, and childhood is shown through flashbacks. We chose the period before Muhammad became a prophet.” He also said, “this film contains no controversies and no differences between the Shia and the Sunni points of view.”

On the quandary of portraying the prophet’s face, something that is considered illegal in Islam’s tenets, he said “the face of the prophet is not shown in the film. By hiding his face I make it [the character] more intriguing for the viewer.”

“We’re going to help open your eyes to what Islam really is all about,” Majidi added. “We have a lot of positive things to share with the world, provided that the West is ready for such a dialogue. I think that Iran can have something someting strong to say through its arts and culture.”

“Muhammad” is slated for a 2015 release in Iran. Of note, the presence of Sareh Bayat on the cast. A.R. Rahman of “Slumdog Millionaire” fame, has written the film’s original soundtrack.

(You can read our interview with Majid Majidi here.)

I Bet I Can Find