The internationally-acclaimed Iranian filmmaker Majid Majidi has announced the cast for his cinematic rendition of Prophet Muhammad's (PBUH) life.

Amin Tarokh, Mehdi Pakdel and Sareh Bayat will appear in the religious blockbuster along with a number of other renowned actors, Mehr News Agency reported. 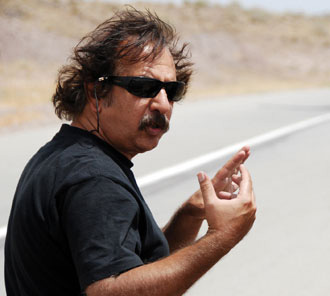 The cast members were selected under the supervision of Majidi and Italian makeup artist Giannetto De Rossi who will collaborate in the grand project.

Storaro who has great projects such as Apocalypse Now, Reds and The Last Emperor, visited Iran last year to meet with the Iranian cast and crew.

Majidi's film will focus on Prophet Muhammad's (PBUH) life from childhood until prophethood. The first draft of the screenplay was co-authored by Majidi and Iranian filmmaker and screenwriter Kambuzia Partovi.

Historical documents and facts have been compiled with the help of scholars, historians and clerics from different countries including Iran, Morocco, Tunisia, Lebanon, Iraq and Algeria over a year.

Produced by Mohammad-Mehdi Heidarian, the film is set to be shot in Iran and two other countries and released in Persian, Arabic and English.

Majid Majidi is an internationally and critically acclaimed Iranian film director, film producer, and screen writer whose films have touched on many themes and genres and has won him many international awards.

The Relationship of the Companions and Prophet Muhammad in the Quran