New take? Or more of the same? From the Editor

The BBC is surely to be commended for their pioneering step in taking the life of the Prophet Muhammad to a wider audience. Making his life more accessible to a western viewership with such a pronounced paucity of knowledge about the personality at the center of the faith system of one-fifth of the world’s population, the significance of the Life of Muhammad documentary cannot go unnoticed.

What would have been really novel would have been for the documentary to examine the life of the Prophet Muhammad, as the title suggests, for its own sake, without all the anachronisms and in its rightful context and then to allow the viewers draw their own connections and conclusions.

However, while the subject matter, aired primetime, is as the BBC put it a “first for western TV,” the way in which the first few episodes associated his life and Prophetic mission to the chief most negative and destructive event in recent years, regrettably was not. Footage of planes flying into the Twin Towers and throngs burning books in protest in the first episode and direct reference to the Middle-East conflict in the second, as well as all other contextual elements were the same sensationalized, clichéd images so deeply etched in the western mindset.

What would have been really novel would have been for the documentary to examine the life of the Prophet Muhammad, as the title suggests, for its own sake, without all the anachronisms and in its rightful context and then to allow the viewers draw their own connections and conclusions.

The manifest success of the myriad scenes where the documentary has realized this, such as those narrating the agreement between the Prophet Muhammad and the delegation from the city of Yathrib (later given the name Madina), as well as the Prophet’s escape from the city of Makka and the Makkans’ pursuit of him, are testament to the feasibility of this approach and a doing of justice to the genre. 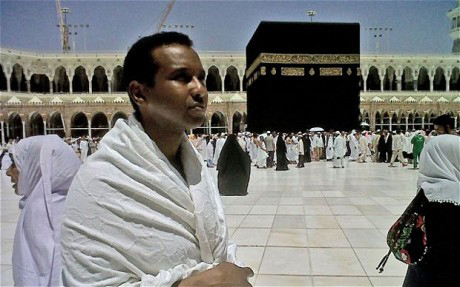 It seems impossible for the mainstream media to comment on the life of the Prophet of Islam without dragging his life into the gutter of modern-day politics and events. While acknowledging the man born 1400 years ago, such an insistence engenders a 13 century historical hiatus, making it easy to completely eschew the centuries of history which preceded the past one.

In so doing, it perpetuates simplifications and reductionisms providing audiences with a ‘fast food’ approach to the various socio-political phenomena, which begs the question: if the BBC can’t tweak this, then who will?

The connection between the Prophet’s Night Journey to Jerusalem and the why the city has supposedly “become such a rallying cry for so many Muslims” is a clear case in point. At best, it is an over-simplification and a doing away with the much more difficult task of exploring the deep-rooted interplay of social and political forces which could perhaps have been reserved for a separate project.

Understandably, the three part documentary series explicitly aimed to present not just the life and times of Prophet Muhammad, but how these continue affect our modern world. However, should not a more ‘balanced’ approach have necessitated some positive examples, of which there are many? One, at least?

Notwithstanding its shortcomings, in this episode the audience does get a feel for some of the extraordinary ways in which the Prophet Muhammad changed the society in which he found himself and the drastic breaking away that he trailblazed.

The theme of pluralism and notion of coexistence which permeated several scenes in the episode provided a glimpse at an important part of the Prophet Muhammad’s example and enabled valuable discussion as to whether or not this example was emulated in modern times.

The Prophet’s Night Journey to Jerusalem and his seminal Emigration from the city of Makka to modern-day Madina were both presented as exemplifying a break from the tribal spirit, going beyond the tribe – the “absolute value” in Arabia at the time – to embrace others.

The Constitution of Madina, viewed as one of earliest written constitutions in the world and the “earliest known model of governance in Islam” – the very first attempt in Arabia to build a civil state not based on tribal or religious ties, but mutual interest – was a crucial thread through which the fabric of the documentary was woven.

One of the most powerful scenes was arguably when Omaar was narrating the story of the symbolic choice of Bilal, a freed African slave, as the first reciter of the Muslim Call to Prayer, the Adhan. Shots of Omaar, himself of African descent, climbing the rooftop of the Prophet’s mosque while at the same time retelling Bilal’s “calling the faithful to prayer,” were poignant – the immense significance of which were certainly not lost on viewers.

The Constitution of Madina, viewed as one of earliest written constitutions in the world and the “earliest known model of governance in Islam” – the very first attempt in Arabia to build a civil state not based on tribal or religious ties, but mutual interest – was a crucial thread through which the fabric of the documentary was woven.

While the episode dealt with the Constitution on its own terms as a document which delineated the duties and rights of citizens across religious and tribal boundaries (where Jewish citizens were judged according to Jewish Law for instance), as well as spelling out the responsibilities of leaders, the claims presented by some commentators suggesting that the document might not have existed because versions exist in Islamic sources only in the century following Prophet Muhammad’s demise are quite problematic.

They present a problem chiefly because they cannot be proven by historians, Such assertions are just as historically absurd as suggesting that the 10 Commandments might not have existed because the oldest parchment are dated at close to 30 years before the birth of Jesus and were only known orally since around 500 to 700 BC – but still accepted by historians as concrete evidence of their existence in ancient times.

In this episode, the documentary also explored the fact that the Constitution of Madina recognized that all people were part of the same umma, the same nation, The all-embracing nature of the notion of the umma was later marginalized by Muslims, who “fail to hold this as the central guiding principle of social existence…and actually defy the example of the Prophet.” Such explorations of episodes from the life of the Prophet Muhammad and discussions of the extent to which these are emulated today seemed more in line with the stated aims of the project.

In all, the themes of pluralism, coexistence and rule of law were some very relevant themes raised in episode 2 which, if taken further, can spell a new take on the life of the Prophet of one-and-a-half billion people. Otherwise, it is just more of the same. We shall wait and see.

Treaties between the Prophet and the Idol Worshippers

A Miracle Is The Statement of a Challange

An Essay on the Tradition of Forty Hadith