Seeing the Prophet through the details: Tariq Ramadan Ahsen Utku

Tariq Ramadan is a Swiss intellectual, philosopher, theologian, academic and writer of Egyptian descent. He is a Professor of Contemporary Islamic Studies in the Faculty of Oriental Studies at Oxford University. 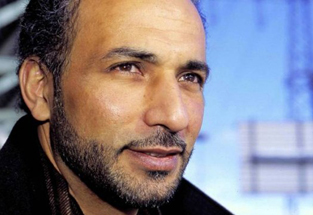 TARIQ RAMADAN:  Be it for the West or for Muslims themselves, the best way to understand and introduce the Prophet of Islam is to refer back to his lifestyle, not to study his life through the major events that took place, but to study the small details that made up his personality.

Rather than focus on these events, it is more important to understand the meaning behind some of the events that took place in his life. For example, we can examine him as the young orphan, or when he was poor, and the way he dealt with these situations. All of this can be extracted from sources that include his biographies, his principles, visions and understandings. These are things that could help people like us today in the West or even in Turkey.

So I wrote this book “In the Footsteps of the Prophet,” which was translated into Turkish and Arabic.  It is a gift from me to all societies, and we have to draw some teachings from this, teachings which can be looked at from both a spiritual point of view and from a contemporary point of view. This is what I think will enable us to really understand his life better, not only the hadith al-Akham, the other hadiths and prophetic traditions that emphasize rules, but that reveal his feelings, the way he treated his wives, his children, and his daughters. This is so important.

UTKU:  Are there any contradictions between the conditions of the time of the Prophet (S.A.W.) and life in the modern world?


TARIQ RAMADAN:  Yes, there are. For example, anything that has to do with freeing oneself from one’s ego, which is the very meaning of tawhid. La illaha illallah means to come back to oneself and to free oneself from ana [nafs, or self]. Al-nafs al- Ammara Bissu’, this is what we have in Surah Yusuf, which shows us that we are under pressure and surrounded by things that are bad and worldly desires, Zuyyina lilnnasi hubbub al-shahawati , that the world has been beautified and made attractive for people. The very essence of Islam is about freeing oneself from the ego, yet when it comes to the contemporary world, be it Turkey or the West, or any Muslim-majority country for that matter, it’s all about consumption, fashion, and ego. This is a contradiction, because fashion is all about appearance, and spirituality is all about what is inside, so this calls for attention.

Now we have individualism, for example; Islam is about solidarity and justice. So, I would say that in reference to culture, Islam is not against music and movies, but within limit; ethics must be included in the arts. Now we have arts without ethics, so we have to be creative in respect to this. Thus, I would like to know what we can provide for a society or a Muslim-majority country like Turkey when it comes to Islamic entertainment and arts, in order to remain within the boundaries of Islamic ethics. These are contradictions that we all face, and to say that everything is haram (prohibited) is not going to work, because not everything is haram. There are things that are haram and things that are good, and I think this is why we need to approach these topics from a different angle.

UTKU:  So are you optimistic about creating such a world for the next generation of Muslims?


TARIQ RAMADAN:  Yes, I think that what they can see from the young generations of Turks, Arabs, Africans, and second, third and onward generations of Westerners, is that they can now understand that they have to do more regarding this, so there is more of a sense of responsibility. Therefore, I am optimistic that we have this energy. Now, I think that it is also dangerous because one should know the limit. Innal harama bayyinun wa innal halala bayyinnun -What is halal (permitted) and what is haram is clear. So, it is important to recognize these limits, and we want the younger generations to be aware that there are limits that must be respected, insha’Allah.

UTKU:  What about the policies in the West? Do you think that such policies will succeed and put Muslims in a dangerous position?

They are already putting Muslims in a very difficult situation in many countries. In my country, Switzerland, we have four minarets which have now been banned now. There is always talk about about stopping the “Islamization of Europe,” or stopping the “Islamization of America,” which started again just recently with the community center in New York. It is very difficult; Muslims are stigmatized and victimized, so now we have to get a better sense of what could be a strategy to go beyond that, but the situation is quite difficult and not only in Europe, but all over the West, the States and so on. I just returned from a ten-day visit in the States, and I am very worried about the discourse that is taking place. In Washington, for example, we had a group of people demonstrating in front of the hotel where we held our convention saying: “Stop the Islamization of America… Islam will not take over.” There are groups like this and lobbies that are working against us, so yes it is reason to worry. We do need to do more.

UTKU: What strategies could be applied in order to overcome these problems?

The strategy is not only to create an alliance in times of difficulty or crisis like we have now. Many Muslims are just now starting to be in touch with Christians, Jews, atheists and agnostics, which I think is fine; but in fact, in the long run what matters is how to be citizens, to be in the mainstream, how to contribute to your society and how to interact with other citizens on a permanent basis, and not only when we speak about Islam. You have to normalize your presence without even realizing it. I am here, and I am a European, or an American, or a Canadian and that’s fine, but I am not saying I am just like the others. I am contributing; I am giving something more, which is my ethics, my ethical contribution. This is where Muslims come in, much more visible and radically visible in the mainstream, not in the extremes.

UTKU:  The topic of “dialogue” was mentioned in this conference, and it has also been criticized by many. What do you think the limits of dialogue should be, and what stance do you think Muslims should take on the topic of dialogue?

TARIQ RAMADAN:  Just as I told one of the other speakers in the conference; I responded by telling him that if we are scared of dialogue, then the problem is within us. We should not be scared of dialogue. So the limit has to do with the risk you take; if you opt to participate in dialogue and end up losing hold of your principles, then of course, you should not participate. But Muslims are not involved in dialogue to lose their own selves, but to assert themselves in a way that portrays our values. We are not afraid of listening to the “other;” we take whatever is good and leave what is bad. We must be open, as the Holy Qur’an says:

We made you into nations and tribes, that Ye may know each other.

UTKU:  Some also interpret this process as a process which is transitional, and say that the current reactions are rather normal. What do you think about this?

TARIQ RAMADAN:  I agree with this. I also say that it is a transitory period, a temporary process. When it is temporary, it does not mean that after this, success will come. You have to prepare for what is coming afterwards; and to prepare means that you have to be involved in anything having to do with the future. Really, it is to be involved and to know that one day this will subside, but it is up to us to make it subside in a positive manner.

Colors of an Illuminated World

When love for the Prophet becomes art

Seeing the Prophet through the details: Tariq Ramadan

Istanbul Seminars discuss the issues of dialogue and civilizations