A black woman - or a young black man- used to sweep al-Masjid al-Nabawi. When the Prophet (pbuh) did not see her (him) for a while, he asked about her (or him).

- “These graves are completely dark for those who are under them. Allah Ta’ala lightens them due to the prayer I offer them.(Bukhari, Janaiz 67; Muslim, Janaiz 71) 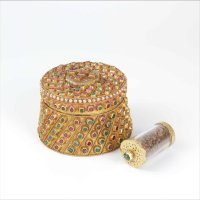 It usually misleads us to make preconceived judgment about people. Indeed, we see that even Companions, the golden generation, was misled as a result of such evaluation. This mistake caused to underestimate the mentioned person and not to inform Rasulallah (pbuh) about her (his) death.

This person, according to most of the sources a black woman named Umm Mihjan, was neglected because of her job and color. By reproving the fact that he was not informed about her death, the Prophet laid stress on the fact that one’s value is not based on his / her job or race. Perhaps this woman gained her value in the eyes of the Prophet by sweeping al-Masjid al-Nabawi, who knows? It should be kept in mind that underestimating other people is the job of Satan.

A person having other people under his/her command should take care all of them regardless of their positions, and keep his/her social sensibility. Some things that seem unimportant may sometimes confer people spiritual degrees. A good deed, regardless of its statue, may take people to unthought-of places. “Assuming that everyone might be Khidir,” and looking around with eyes wide open may make us more human.

Book about Fatima, the Prophet's Daughter, Released in Moscow

Prophet Muhammad's Relationships with the People of the Book

''Islam is not the problem. It is the solution.''