The Chronological Structure of the Prophet's Marriages Salih Tuğ, PhD 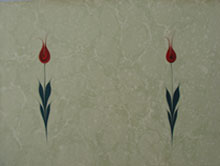 "Two things have appeared pleasant to me from your world: women and fresh scent; yet salat (ritual prayer) is to me dearest."

In none of the hadiths has Prophet Muhammad (pbuh) commanded people to lead a life dedicated purely to taqwa (God-consciousness) and zuhd (ascetism) and secluded from society and social relations. On the contrary, he recommended the kind of a family life that would be apt for an ordinary man and commanded man and woman to enter into marriage based on a certain balance. Be it monogamy or polygamy, he pointed to the significance of a married life away from promiscuity, adultery and homosexuality. In this context, he has left us with several examples.

Encompassing the early years of his prophethood, Prophet Muhammad’s marriage to Khadijah lasted for twenty-five years. Having practiced monogamy throughout this marriage, the Prophet asked his son-in-laws to practice it as well. However, following the demise of Khadijah when he was 53, he continued his family life by entering into several marriages due to some specific reasons.

The Prophet was in a family life with nine wives when the Quranic verse restricting the number of wives to four was revealed on the Hijri 8th or 9th years. Upon revelation, he asked his wives to reach a consensus on five names to be divorced, an offer which they rejected. However, in congruity with the verse, the Prophet could continue his sexual relations with only the four of them. Therefore from that date onwards, five of the wives remained married to the Prophet solely in legal terms.

All of the Prophet’s wives are considered to be the mothers of Muslims (Ummahat al-Mu’minun) from the day they got married until the present. This quality indicated that even after their divorce or the last breath of the Prophet, Islamic law would prohibit their marriages to other Muslims.

Prayer is the Ascension of Believers

How should we talk about the Prophet Today?

Fatima: A Prophet's Daughter who found Consolation in Death