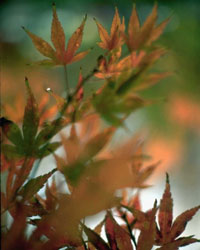 Who is considered a Companion?

The Arabic word of Sahabi literally means a companion or a friend. As a religious term it means, “a person who saw Prophet Muhammad (pbuh), believed in him, acted along with him, and retained his belief until the moment of his death”. The plural form can be given as “sahaba” or “ashab”.

Hence a companion is anyone, male or female, who saw the Prophet, believed in him and died as a Muslim anytime during the nearly 23 years of his mission, that is between August 6th, 610, the date of the first verses revealed to the Prophet, and the 12th Rabi al-Awwal 632 (Gregorian calendar as June 7th, 632), the date of the death of the Prophet.

Any person who did not live in between these dates, or did not believe in the Prophet in the aftermath of a direct conversation or abandoned the religion of Islam despite having first accepted it could not be classified as a companion. Neither can one become a companion by dreaming of the Prophet.

The Value of a Companion

Companions have a high rank and an unmatched glory but we have to notice that their rank and glory was not given to them as an unearned gift. They became attached to the Prophet (pbuh) from the very beginning of their choice of Islam as their religion, and they carried out the requirements of their new religion in humble submission. Although they came to believe in Islam at different times, they spent the greatest part of their lives with the Prophet of Allah, obeyed his advice and decisions, and made great sacrifices together with the Prophet for the sake of the exaltation and transmission of Islam. There was no fear, threat or pressure, compelling them to accept and to live according to the new religion. On the contrary, there were those among them under constant threat by circles hostile to Islam while performing their duties, who were subjected to persecution, torture and even killed; some were compelled to leave their homes and worldly possessions as well to migrate to other cities in Arabia or to other countries, but there were none who renounced their belief and devotion to Allah and His Messenger. This shows that the companions gained their superior merit and privileged status because of their submission, self-sacrifice and exemplary behaviour.

Allah glorifies the companions in many verses of the Quran because of these valuable qualities. To summarize in a few points, the Quran has informed that the companions were an exemplary society in every regard who had gained great merit through a complete devotion to Allah and His Messenger, and that Allah was content with them just like they were content with Allah and that gardens in Paradise were prepared in which they were to live forever. It further indicates that this was a distinguished generation for they were promised total forgiveness and a great reward as loyal believers. As true Muslims, they were helping Allah and His Messenger, prioritizing the needs of other believers over their own even though they were in even similar or greater need, thus deserving their high rank, salvation and forgiveness.

When the Prophet mentioned these generous people with whom he spent his life, he would describe them as the most favorable generation in the history of humankind, the best of the Muslim community (ummah), the ones that the fire of Hell could not burn, and as the dwellers of Paradise. These set forth, he advised the general body of Muslims to treat them kindly and to refrain from being disrespectful.{mospagebreak title=How is it possible to tell a companion?}

Allah glorifies the companions in many verses of the Quran because of these valuable qualities. To summarize in a few points, the Quran has informed that the companions were an exemplary society in every regard who had gained great merit through a complete devotion to Allah and His Messenger, and that Allah was content with them just like they were content with Allah and that gardens in Paradise were prepared in which they were to live forever.

How is it possible to tell a companion?

The noble rank of being a companion was not bestowed lightly on everyone. On the contrary it was granted to a limited number of people living at the time of the Prophet. On the other hand, some fake claims were occasionally made by people who had never seen the Prophet. To eliminate these illegitimate claims and to recognize the true companions, the scholars of Islam determined helpful criteria under great care. Accordingly, a companion could be identified by the following means:

a. Widespread reports. These reports referred to the testimony of an extremely large number of people regarding a person’s title as a companion so that it would be impossible for all of them to simultaneously tell the same lie. It is through this way that the companionship statuses of Abu Bakr (d. 13/634), Umar (d. 23/643), Uthman (d. 35/655), Ali (d. 40/660) and the other six members of Al-Asharat al-Mubashsharun (those given the news by the Prophet that they were certainly destined for Paradise) are known.

b. Fame. There was public consensus on the status of some companions because of their special personal experiences. Under this category, Yasir – one of the early Muslims –, his wife Sumayya, and their son Ammar (d. 37/657) may be given as examples for being among the first to be tortured for conversion to Islam.

c. Testimony. The testimony of a companion or a trusted successor on the companionship of a person was enough to certify his status as a companion. To cite an example, Abu Musa al-Ashari, an important figure among the companions, affirmed that Humama Ibn Abi Humama al-Dawsi was a companion.

d. Declaration. This heading denotes a declaration by a Muslim entrusted by the community of the fact that he himself is a companion. To accept this claim as valid, however, the person must have died latest by Hijri 110 (C.E. 728). This precondition goes back to the saying of the Prophet, who died on Hijri 11 (C.E. 632), that “A century later, no one will be alive who lives today.” The saying indicated that the century of companions would come to its end on Hijri 110 (C.E. 728). Through the light of this information, the claim of anyone to the title after this date would be invalid.

In brief, a person, claiming or being claimed to be a companion may not be accepted as a companion unless his circumstances can be proven by any of the above-mentioned ways. Indeed, all renowned companions were accountable to one of these criteria and therefore, considered as true companions.{mospagebreak title=The Number of Companions}

The Number of Companions

There is no exact information on the number of companions who had the honor to meet and to believe in the Prophet (pbuh) throughout his 23 year mission of prophethood. In connection with this matter, there is no precise number reaching us from the time of the Prophet and the period of companions. This is because the companions did not live at a time when periodic population studies were conducted; they were dispersed over different regions and villages; some living as city dwellers and others as nomads. Moreover, it was impossible to enumerate them individually because they lived in an integrated society of Jews, Christians and believers of other religions. In some sources, however, there is some general estimation that their number reached 60,000 or 70,000 while the number of people joining in the Farewell Pilgrimage – the last pilgrimage the Prophet made before his death – exceeded 100,000.

Despite the greatness of the estimated numbers, the actual number of companions revealed in the sources with sufficient information is very small. Ibn Hajar al-Asqalani’s (d. 852/1448) al-Isaba fi tamyiz al-Companion, the richest and most voluminous treatise written on this subject, contains 11,000 biographies of companions. The number, of course, decreases when it is considered that some of the names were repetitions and that some were merely mentioned to prove that they were not companions. Consequently, it is safe to claim that the total number of identifiable companions is approximately 10,000.{mospagebreak title=The Levels of Companions}

The Levels of Companions

The companions, accepted as a separate generation among the ummah (universal Muslim community), were divided into some levels with regard to the priority of their date of conversion into Islam. The most widespread way of division is the one provided below, consisting of 12 groups:

Era of the Companions: The Era of Happiness

Companions lived within the borders of the Arabian Peninsula and tried to spread Islam under the direction of the Prophet (pbuh). After the death of the Prophet, they accomplished extraordinary deeds that left their mark on the period known as “the Era of Companions”. The era begins on the 11th of Hijra (632), which is the date of the death of the Prophet, and ends in 110 (728) when Abu al-Tufayl, Amir Ibn Wathila and Ibn al-Asqa, known as the last companions, passed away. Hence “the Era of Companions” lasted for a full century. The companions overflowed the Arabian Peninsula and abolished the Sassanid Empire; Islam reached India, Central Asia and Caucasia; the Byzantine Empire was erased from Eastern Anatolia, Syria, Palestine, Egypt, and North Africa; and some important islands in the Mediterranean Sea were captured in a period that spanned 10-15 years. The companions dwelled in important conquered centers such as Kufa, Basra, Jazira, Homs, Syria and Egypt, and spread Islam as they devoted themselves to scholarly activities on one hand, and joined the jihad in battle areas on the other.

iI found this article very useful and it added to my knowledge. Thank you for it

The Sunna of Prophet Muhammad

The Sociological Aspects of the Hadith Transmission System

I Bet I Can Find