The Real Meaning of the Relics of Muhammad Ali Rıza Demircan

Contrary to certain claims, it is generally known that donning a beard for a man is a characteristic of Muslim identity associated with merit and piety, a tradition established by the Prophet Muhammad himself, which many Muslim men follow to this very day.  However, it is not the hair or the beard itself that is holy, nor the locks of hair that are cut after the Hajj pilgrimage (including that of the Prophet Muhammad).

With this in mind, how might we interpret the ceremonial visits to the mosques around the Islamic world that contain and exhibit the relics of the Messenger of Islam, such as pieces of his beard known as the sakal-i şerif and hair? It is a known fact that while individuals cherish and preserve the belongings of their loved ones, societies as a whole collect the valuables of important figures and exhibit them in museums. But what about the Prophet Muhammad’s belongings?

When making wudu (ablutions) during the farewell pilgrimage, the water that touched the limbs of the Prophet was scooped up by his Companions, who wiped their eyes with it; the Companions, who had been ordered by the Prophet Muhammad to speak the truth, to be hospitable to others and to protect those things left in trust to them, explained that they did this out of love for him. Even if this was not approved of as a way of expressing love for the Prophet, it is considered good to protect the hair of the Prophet or things that touched his body, without making them sacred.

Here, in regards to their exaltedness, we are going to examine whether or not the Prophet Muhammad’s hair or beard exhibits any meaning beyond what it actually is. 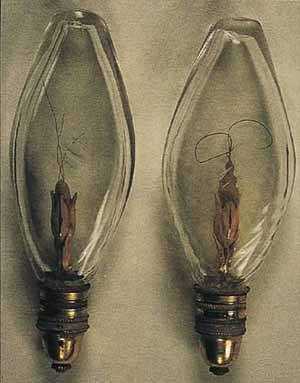 A. We know that the blessed Prophet on his farewell Pilgrimage fulfilled what is required of all pilgrims by cutting locks of his hair, and then, as a momento, distributed its pieces to his companions and gave whatever was left to Abu Talha al-Ansari. If this is true, then we do in fact believe that the relics of his hair found in the mosques throughout the Islamic world are in fact his. Just as the actual act of distributing the locks of one’s hair does not equal the peak of humility, Islam’s disapproval of the consecration of objects can not be reconciled either. Could there have been another plausible reason for this distribution?

B. There is historical evidence that the Prophet Muhammad was a human being and a prophet. Considering the fact that his prophethood is valid until the end of time, could there perhaps have been a need to prove that he existed through evidence other than the Qur’an itself?

Regardless of popular assertions, there are even claims that the prophets Moses and Jesus never existed. Would it not be ennobling for material evidence to exist that might serve as a protective barrier against similar claims about the Prophet Muhammad?

C.With the developments of science and technology, we are able to determine an awful lot about a person through DNA in a strand of hair. Even causes of death can be explained.

Islamic lands represent such a large geographical area in the world, yet because of the Prophet’s distribution of his own locks of hair and beard, Muslims are able to prove his existence by comparing the DNA found in the relics in Istanbul or Cairo with that found in Medina or Kairouan, for example. This is a miracle in and of itself.

We invite all believing, interested and competent individuals to initiate scientific endeavors that will treat such relics according to their true merits.

A Miracle Is The Statement of a Challange

Prophethood and the Prophet Muhammad in Divine Religions