The Relationship Between Revelation and the Sunna Ayhan Tekineş, PhD 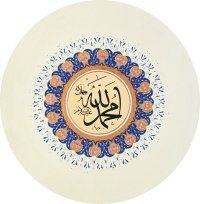 For this reason, in order to determine the value and obligation of the sunnah, it is necessary to put forth his source or, in other words, determine the sources of the Prophet’s knowledge and, in particular, how the sunnah/revelation relationship was understood during the age of hadith (sayings of the Prophet) transmission.{mospagebreak title=The Prophet`s Protection Against Sin}

THE PROPHET’S PROTECTION AGAINST SIN (ISMET)

In prophets there are some common characteristics that are considered as qualities inseparable from the station of prophethood. The attribute of purity heads this list. Becoming more detailed in later periods, it was indicated that prophets had the qualities of purity, intelligence, truthfulness, trustworthiness and the ability to convey religion. However, during the period of transmission all these qualities were evaluated within the attribute of purity, because all the other characteristics are tied to purity.

The attribute of purity was defined as “Allah’s protecting his prophets from things that would harm their power and value” and “the quality of avoiding sin although it is possible.” Taking into consideration debates made in books on usul (methodology) and kalam(theology), a broader definition was made within the framework of views preferred by Sunni scholars. According to this, purity is“Allah’s protecting his prophets from visible and invisible blasphemy and big sins, and His informing them of small sins so they can repent of them”. In this definition Sunni scholars have gathered together all the definitions of purity. According to this, prophets are protected from blasphemy and big sins. They can commit small sins, but they are not left in that state. Allah informs them and makes it possible for them to correct their mistakes by repenting. Consequently, prophets have been protected by the grace of Allah from a number of flaws and sins found in ordinary people. Before prophethood, prophets did not commit small sins accepted as ugly and debasing by people. They were under Allah’s divine guidance and protection before prophethood in the same way.{mospagebreak title=Sources of Prophet Muhammad`s Knowledge}

Prophet Muhammad’s sources of knowledge will be examined under this heading. Thus, an attempt will be made to determine the legal and scholarly value of the sunnah. The relation of the sunnah with revelation puts across both its religious and scholastic value. However, as is known, the whole sunnah was not revealed. The Prophet spoke about some subjects from experience and some matters were resolved by means of intelligence. However, the Prophet was sent as an example and guide to man. His being able to fulfill this mission is tied in every respect to his being trustworthy. In order for him to be trusted, all his words and actions need to be true and without mistake. Regardless of how flawless experience and intelligence are, they can always be mistaken. Protection from error and mistake is only possible through control by revelation. In this situation, it is necessary to take into consideration the relationship between the Prophet’s hadiths and revelation.

It is not right to claim that all the revelations the Prophet received are included in the Holy Quran, and to limit revelation to the Quran. First of all, the Quran prevents such a claim. It is understood that in some events explained in the Quran, Allah gave further information to the Prophet by means of revelation. In addition to this, it is my opinion that one of the most important proofs is the relationship between the sunnah and hikmat (wisdom) in the Quran pointed out by Imam Shafii. Allah says in the Quran, “He is the one who sent a messenger from among the illiterate who recites Allah’s verses to them, who purified them and taught them the Book and its wisdom.” Imam Shafii said that the word “Book” refers to the Quran and the word “wisdom” refers to the sunnah. According to this, the sunnah derives fully from revelation and was revealed to Prophet Muhammad.

The matter of the source of the sunnah was also mentioned by compilers of hadith books in the century in which they were transmitted. We understand this from the title of the “Itisam (Book of Protection)” section of Sahih, a book written by Imam Bukhari (d. 256/869): “When the Prophet was asked about subjects not revealed to him, he would say ‘I don’t know’ or he would not answer until revelation came. Due to Allah’s words, ‘The face Allah has shown you,’ he would not answer with opinion or analogy.”

Islamic scholars in agreement on the subject of the sunnah’s guidance did not see all the sunnah binding to the same degree. In respect to its being obligatory, the sunnah was divided into two classes. The first group is sunnah that it is virtuous to follow, but abandoning it does not lead to punishment in the next world. The second class is sunnah that is obligatory. Ibn Kutayba divided this second class of sunnah into two groups according to source: “The first is the sunnah that Gabriel brought from Allah. The second is sunnah that Allah allowed the Prophet to make judgment on and ordered him to make decisions about with his opinion. In this group the Prophet was left free to give permission to whom he pleased due to different reasons and excuses.”

The approaches of scholars of procedure after the age of transmission regarding the sunnah-revelation relationship can be summarized as follows: It was seen as impossible for prophets to knowingly lie in legal judgments. Their making mistakes and telling lies was not accepted by the mass of scholars. Prophets’ forgetting was accepted to be impossible, and there is said to be concurrence on this subject. In an authentic hadith the Prophet said, “I am only a human being like you. I forget like you; when I forget, remind me.” This and similar hadiths were interpreted as follows: A prophet can forget at first, but he is not left in that state. He is reminded with revelation. The majority of those who saw the Prophet making a mistake and forgetting as permissible claimed that his forgetfulness would immediately be corrected.

In addition to revelation, one of the sources of the Prophet’s knowledge is the “faculty of intelligence” appropriate to the station of prophethood. The Messenger’s “intelligence” was enlightened with revelation, and sometimes the curtain to the invisible world was raised and the hereafter was presented for his viewing. In addition, the aims Allah intended to realize by sending a religion were taught to him; thus, his faculties of intelligence reached a point of perfection, making it impossible for him to err. For this reason, the Prophet’s superiority over others in terms of intelligence, knowledge, patience, closeness to Allah and the truth of his views was accepted by all Muslims.

Caution was taken in explaining the Prophet’s “faculty of intelligence” and words were carefully chosen for this reason. The most frequently used words were “ray (opinion),” “ijtihad (interpretation),” and “qiyas (comparison),” and sometimes “firasat (intuition).” However, because the terms in question are also used for other people, in later periods the concept of “fatanat (shrewd intelligence)” was preferred to describe the Prophet’s faculty of intelligence that had been improved with superior prophetic light.

According to Imam Bukhari, what was given to the Prophet was a faculty that appeared with “Allah’s showing him.” Some scholars of procedure also interpreted the Prophet’s faculty of intelligence, which was enlightened with the light of revelation and which reached a level of perfection in making accurate decisions, as “intrinsic revelation.”

Every person is influenced by his environment. He benefits from the knowledge and experience of people around him. Also, he learns new knowledge everyday as a result of his own experience and observations. For this reason, it can be said that an important part of an ordinary person’s accumulation of knowledge is knowledge he has gained as a result of experience and observation. However, the environment of prophets is not people; they are ambassadors sent to change their surroundings. For this reason, in order for the Prophet’s words to be understood, it is not sufficient to take into consideration only his experience and the socio-cultural environment he was raised in. Revelation organized every aspect of his life and it brought invisible knowledge to enable him to become aware of the reality of objects.

Prophet Muhammad learned the customs, habits and traditions of the Quraish clan, the dialects of the Arab tribes and eloquent Arabic from the Bedouin Arabs that he lived among for a certain period.  In fact, for this reason, he was accepted as an authority on vocabulary and similar topics related to language. Just as the Prophet learned the language, customs and habits of the clan among which he lived, he also learned their methods of treating illness, business behavior and some religious traditions handed down from Prophet Abraham. However, all this knowledge he learned through experience and observation passed through the control of revelation after his prophecy and some of it was confirmed with “revealed knowledge,” some was corrected and some was completely changed.

It is not possible to gain knowledge on every subject through experience and thinking. News from the unseen world, knowledge about creation and knowledge related to God’s attributes are truths that can only be known through revelation. Consequently, it is obvious that all hadiths on these subjects are derived from revelation.

It cannot be denied that the Prophet had some experimental knowledge; however, part of this knowledge is that which can only be learned by experience anyway and cannot be incorrect. Part of experimental knowledge which is learned from the environment can be inaccurate. The incorrect part of this knowledge was corrected by revelation, and the rest was retained. Some subjects cannot be known through experience. It is an undeniable truth that this type of knowledge was taught directly to the Prophet by revelation.

As a result, it can be said that different explanations have been made on the subject of the source of the sunnah of Prophet Muhammad. As was seen, a part of the sunnah is based on revelation, a part on the Prophet’s intelligence and the other part on experience. It is obvious that the Prophet’s hadiths related to circumstances in the next life, worship and the Heaven are all based on revelation. Because one part of them stems from experience and intelligence –for whatever the reason- it is known that he made some small mistakes. However, it is also a fact that his mistakes were corrected with revelation. The majority of Sunni scholars adopted the view that there is a possibility at the beginning that sunnah which are not based on revelation could be erroneous, but that if in fact they were, then they were definitely corrected by revelation. Consequently, it is understood that all sunnah have passed through the control of revelation.  For this reason, we can comfortably say that the Prophet’s sunnah related to history, the sciences and the mind do not contain erroneous or contradictory knowledge.

The Real Meaning of the Relics of Muhammad

Some of Prophet Muhammad's Principles of Communication