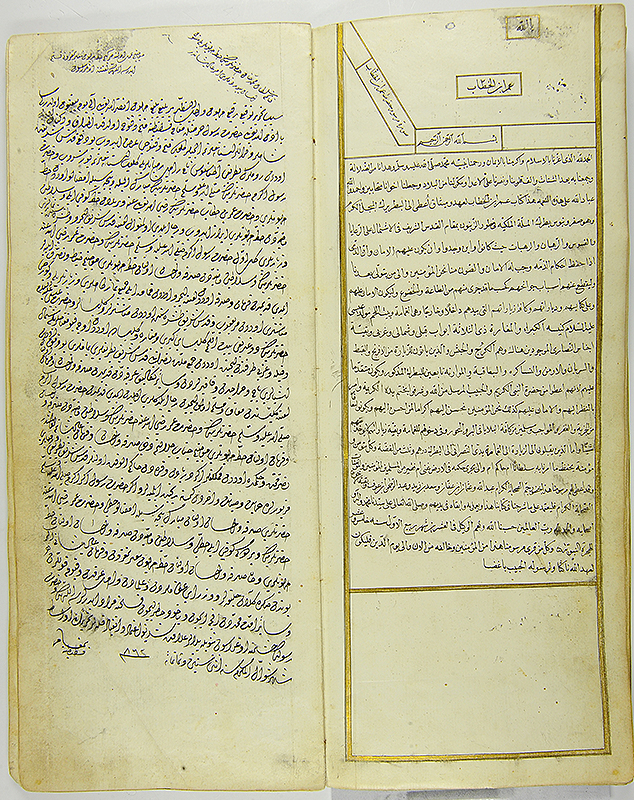 THE TRANSCRIPT OF OMAR IBN KHATTAB’S
TREATY FOR QUDS

1. All praise be to Allah for honouring us with Islam; gracing us with iman (belief); for being merciful to us by sending us His Prophet Muhammad (saw); and guiding us when we were astray; for bringing us together and joining our hearts as one after we became scattered; for making us victorious against our enemies; for ordaining these lands for us; for allowing us to become brothers and sisters who love each other. Oh servants of Allah! Praise Allah for these blessings.

2. This is the written decree Omar Ibn Khattab gave to the Christian’s patriarch Sophronious on the Mount of Olives in Al-Aqsa, which was arranged in a manner that included the Christian public, priests and patriarch.

3. The assurance of safety has been given to all priests, by us Muslims, no matter where and what situation they find themselves in.  As long as all non-Muslims pay their taxes according to their obligations, the assurance of protection stands. We believers and those who come after us will be responsible for their protection. So long as their obedience and connection continues, this will remain true.

4. This promise of protection is also equally valid for all holy sites which are visited for purposes of pilgrimage in the region, whether this is a church, monastery or an indoor or outdoor location.

5. These holy sites are listed below: Church of the Holy Sepulchre, the Church of the Nativity in Bethlehem which is believed to be the place where Prophet Isa (as) (Jesus) was born, and the cave with 3 doors which faces the qiblah (direction of the Kabah), the north and west.

6. Christian congregations other than those who reside in Quds such as the Abyssinian Christians, Coptic Christians, Assyrians, Armenians, Jacobites, Maronites, and similar groups are subject to the aforementioned patriarch; they will be presented to the patriarch.

7. This is because the patriarchs and priests we have mentioned have been granted amnesty from the Prophet Muhammad (saw) using his sacred seal and he wanted for them to be protected. We believers will treat them kindly for the sake of our Prophet (saw) who did so.

9. All Muslims, whether they are male or female, sultans, judges or governors must protect these commands.

10. This treaty has been given to the Christian leaders in the presence of Abdullah, Uthman bin Affan, Sa'id bin Zayd, Abdurrahman bin Awf and our other brothers from the sahaba (companions).

11. The commands in this written treaty will be protected, followed and this copy will remain in your hands.

12. Whichever believer reads this treaty, from this moment to the day of judgement, and contests it, will have broken God’s covenant and rebelled against his beloved Messenger.

It can be understood that the conditions of the treaty once again rely on the Prophet’s (pbuh) hadith.

The Principle of not Neglecting the Heart

What they said about Lastprophet.info: Prof. Seyyed Hossein Nasr