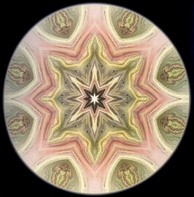 Muhammad (pbuh) was born in the full light of day and the biography of no other prophet is based upon so much historical evidence as that of the Prophet of Islam. We know more about Muhammad and his times than we do of Luther and Calvin. We can not, therefore, establish whether the Prophet was literate or illiterate without the support of history.

Mecca was, in the sixth century, the most important town of Arabia; not only a centre of annual pilgrimage, but also an extremely cosmopolitan centre, the city which had replaced the ancient palmyra and the still more ancient Tiema, and its population lived on commerce with Asia Minor, Syria, India and China,(1) but except for some fifteen individuals mentioned by name, all the pre-Hijrah inhabitants of the city were illiterate.(2) Only the Jews settled in Yemen, Khaybar, Yathrib, and Tiema could boast of the ability to read a Scripture, but there is nothing to show that their sacred books had been rendered into Arabic. The Christians were active in the highlands of Yemen, Najran, Ghassan, Hira, Bahrain and other islands of the Persian Gulf but the first versions of the Christian Scripture in Arabic date from eighth century.(3)No Arabic version of the Bible, or part of it, existed in the time of the Prophet.(4)The crown and seal of the Arabs' way of life was poetry, and the oldest extant Arabic poems date from 512 A.D., but it was nearly two centuries later that these were committed to writing.(5)There was virtually no prose written before the days of Islam. The Quran is the oldest Arabic Book in prose.(6) Historians refer to Mu'allaqat written in order to be hung on the walls of Ka'ba, as the first written records of the Arabs. (7) Do these conditions justify the presumption that "as a merchant he must have had a certain knowledge of reading and writing ?(8)

Muhammad was called a driveller, a star-gazer and a maniac-poet; thorns were strewn in his path, and stones thrown on him. His uncles sneered, and the main body of the citizens treated him with that contemptuous indifference which must have been harder to bear than active persecution, and there is no single trait in his character up to the time of the Hijrah which calumny itself could couple with imposture. (9) But the question is why the Prophet's detractors did not expose his pious fraud by showing that he could very well read and write while he claimed to be an unlettered Prophet? Would it not have been easier and more reasonable to refute the Prophet's revelations than to persecute the preacher? If this fact speaks for itself, how are we to account for such an insinuation by a learned scholar who says that the Prophet wished to pass for an illiterate? (10)

Not a moment of the Prophet's life, after his claim to apostleship, was spent in seclusion, away from the gaze of his followers. It is no less significant that the Apostle of Allah had given definite instructions to his followers that whatever they saw of him, saying or doing, amongst them or alone, in the mosque or in the battlefield, leading prayers or conducting wars, on the pulpit or in a closet, should invariably be brought to the notice of others. His wives, in consequence, freely talked about his private affairs while seventy of his followers lived close to his house in the mosque to learn all about him. Then, there were inhabitants of Medina who attended congregational prayers led by the Prophet, five times every day, for ten long years. There were also occasions when even a larger-number of people gathered round him, as, in the expeditions, when they spent a number of days with him. Everyone knew that it was a bounden duty lying upon him to tell others whatever he knew about the Messenger of Allah. Nothing about his life from the closet of his sleeping chamber to the market place thus ever remained a secret, and every bit of it was recorded and handed down from generation to generation. It is therefore, no wonder that we have several collections of reports about him which run into several hundred thousands. There are reports considered trustworthy on the criteria of criticism evolved by subsequent scholars, as well as those rejected by them. Is it not reasonable, then, in the given circumstances, to expect plenty of reports about the ability of the Prophet to read and write?

There has been no dearth of scholars, even in the West, who have reached the conclusion that the Prophet did not know how to read and write. Sale writes, "As to the acquired learning, it is confessed he had none at all; having had no other education than what was customary in his tribe, neglected, and perhaps despised, what we call literature. (11) Another competent scholar Dr. Theodor Noldeke, testifies: "For though it remains an open question whether Mohammad was actually ignorant of reading and writing, it is certain that he had neither read the Bible nor any other books". (12) The same author writes at another place that the Prophet "did not himself understand the language of writing". (13)There are, in fact, many more among Western scholars who have arrived at the same conclusion. (14)

We must now turn to the question as to why the Prophets unfamiliarity with the arts of reading and writing is an article of belief for the Muslims and whether the acceptance of the Quranic revelations as the Word of Allah depends, in any way, on this belief. The Quran, undoubtedly, adduces the Prophet's inability to read and write as one of the proofs of its divine origin, but this is by no means the only reason for the acceptance of the Quran as the Word of Allah. There are many more verses in the Quran which clearly state that it is a revelation from Allah. Some of these are given here to illustrate the point:

"He has revealed unto you (Muhammad) the Scripture with truth, concerning that which was (revealed) before it, even as He revealed the Tourat and the Injil". (15)

"And if you are in doubt concerning that which We reveal unto our slave (Muhammad), then produce a surah the like thereof, and call your witnesses beside Allah if you are truthful. And if you do it not - and you can never do it - then guard yourselves against the fire prepared for disbelievers, whose fuel is of men and stones". (16)

"Lo! Those who disbelieve in the Reminder when it comes unto them (are guilty), for lo! It is an unassailable Scripture. Falsehood can not come at it from before it or behind it. (It is) a revelation from the Wise, the Owner of Praise". (17)

"It is not poet's speech-little is it that you believe! nor diviner's speech-little is it that you remember! It is a revelation from the Lord of the worlds". (18)
Truly speaking, one who has joined his faith to the apostleship of Muhammad must accept the divine origin of the Quran, irrespective of whether he was literate or not. If the Muslims believe that the Prophet was unlettered, it is because the Quran says so specifically, and not because their faith in the divine origin of the Quran depends on it. The matter is thus  significant for the Muslims in so far as the fact of Muhammad's ignorance of reading and writing finds a place in the Divine writ; but, it has, perhaps, greater significance for those who deny it. By accepting the incontrovertible fact of Muhammad's inability to read and write, the question so pertinently posed by Rodwell: "If he was indeed the illiterate person, the Muslims represent him to have been, then it would be hard to escape the inference that the Koran is, as they assert it to be, a standing miracle," (19) stares them in the face demanding an answer. It is, indeed, an inexplicable dilemma for those who deny the divine origin of the Quran.

There is yet one more factor in which lies the clue to the modern insistence on Muhammad's ability to read and write. Living in an age deeply influenced by materialistic ways of thought, people tend to believe that every effect must have a 'cause'. That is why they reject everything beyond the material world, although, unfortunately, the ways of Allah are infinitely varied and complicated, and it is rarely possible to discern the cause of everything even though it may present itself as a hard fact before our eyes. Therefore, when they are asked to acknowledge that the Quran   was revealed to an unlettered Prophet, most of them are apt to dismiss it as belonging to the realm of faith and belief. It may be that some who are steeped in the lore of other religions such as Christianity, which does not go beyond inspiration, find it difficult to appreciate the Islamic concept of revelation and prophethood. But the reason for rejecting the Islamic stand-point in this regard is modern rationalism, basing itself on the exclusive validity of judgments of human reason, which is but a reflection of intellect, tending towards the secular by nature. Human reason, although real on its own level, is but a limitation and dispersion of the Intellect and to that extent rooted in that illusory void which separates our existence from the ultimate Reality.

The Eating Habits of God's Messenger

The Teachings of Islam