When the Social Contract is Breached in Egypt 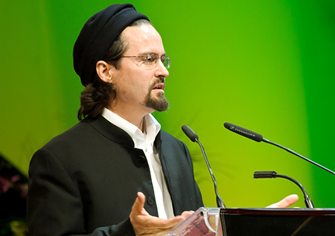 Something has irreversibly changed in the land of the Pharaohs. It has to do with the basic social contract, the relationship of a people to their leaders—a concept not alien to the Islamic tradition.

The oppression that the Egyptian youth have experienced for as long as they have been alive has stripped them of their basic human dignity. In many parts of the Arab world, including Egypt, it is not uncommon to see a grown man slapped and abused publicly by a police officer and have no recourse to justice. I have witnessed this several times during my time in the Arab world. Arab citizens are too often treated paternalistically at best and sadistically at worst. Not much has changed since the days of the preferred pre-modern method of public torture: the bastinado, which Florence Nightingale witnessed and recorded in her travelogue highlighting her stay in Egypt in the 1840s.

But for the youth of Egypt, enough is enough. They've come of age in a wired world that highlights the rebellious youth culture of the West. Many of them are more inspired by Bob Marley than by their local imam quoting Sahih al-Bukhari. "Them belly full but we hungry; a hungry mob is an angry mob."

The Egyptian people, many for the first time in their lives tasting the inebriating wine of political freedom, are challenging their government, courageously defying the fear factor so ruthlessly cultivated in the belly of the bestial state security apparatus.This mirrors what happened in the 1960s when African Americans lost their fear of a brutal system that had kept them in check for centuries and after much rebellion and rioting resulted in a freer and more enfranchised society.

America's Founding Fathers understood well that in order for a government to govern effectively and for its laws to be obeyed, the individual must have a respectful fear of the coercive power that government yields, but that, conversely, in order for a government not to abuse its laws and exploit its coercive power to further the selfish ends of its administrators or those who gain control over them, it must fear the aggregate of people for which it was established to serve. When a people, as in Egypt's case, collectively fear their government and are forced to bear its abuses, that government is a tyranny and not a servant of its people, despite the so-called elections in which Mubarak supposedly won about 90 percent of the people's votes.

It is important to note that this is not an ideological movement. This is not about Right or Left, Communist or Capitalist, Liberal or Conservative, Islamist or secularist—even if all of these elements are invariably reflected in the various motivations of the diverse peoples populating Independence Square and other sites of protest. This is far more basic: it's about jobs, food prices, fair elections, reducing poverty, social justice, and above all, not living in fear of a government that should be serving the needs of its people instead of making them the servants of its wants.

The lack of an ideology, for me, is the most refreshing aspect of this uprising. The stale rhetoric of "Islam is the solution" that has marked countless demonstrations for decades is absent.The pathetic socialist slogans of the Libyan revolution as well as the Syrian and Iraqi Arab nationalist slogans are all conspicuously absent. Islam is not a political ideology and hence does not offer a political solution per se; basic morality in politics is the solution. Most Muslims would be content living under Finnish or Swedish forms of governance, with a few adjustments to the sexual liberties in those countries, and feel as if it were the time of Saladin, given that they are committed to eradicating poverty and hunger, serving the aged, and even ensuring rights for dogs and cats. If you torture a dog in Stockholm, you go to jail. In the jails of Egypt, people can be tortured with impunity by dogs of the state.

Islam is not an ideology, political or otherwise. It is a revelation from God that explains and reminds people of their duties toward their Creator in honoring and worshipping God with gratitude for the gift of life and all the concomitants of that gift, and of their duties toward their fellow creatures as unique and protected creations of God. Those duties are well described in all the Books sent by God and enshrined most succinctly in the Ten Commandments. Politics involves making sure the mail gets out, allotting appropriate monies for public works, and ensuring the security of a people from internal or external threats; all of these can be done without recourse to any specific religious tradition.

The Prophet, peace and blessings be upon him, left no specific system of government; rather, he taught "constitutional" principles upon which governance should be based.Many of those principles, quite revolutionary at his time, have become common coin for most people today: the idea of equality among races and gender, the concept of economic justice, and the right of an individual to be protected in his person and property from unjust search or seizure. These are constitutional principles accepted by most governments today; whether they are practiced or not is another matter. There are, however, two clearly articulated aspects of governance that do have relevance in any state run by Muslims. The penal code of Islam was developed specifically for an Islamic polity, but only a few actual punishments are agreed upon, and the circumstances of its various applications are highly nuanced in Islamic legal texts, with an aim to avoid their implementation whenever possible. The gross and often perverse so-called "Islamic punishments" meted out today—invariably on the poorest and most helpless in societies—have nothing to do with the Prophet’s teaching, peace and blessings be upon him. Commercial law is, undeniably, another developed area in Islamic law that has implications in the running of a state.

The Prophet, peace and blessings be upon him, warned that "Governance is great remorse on the Day of Judgment. Power is a luxurious wet-nurse and a terrifying weaner." Scholars interpreted this saying to mean that once a man tastes the perks of power, he finds it difficult to give up, but death comes to us all, and at that point, the crisis of having failed in one's duties to the people will turn into great remorse.

Since the American and French Revolutions, it is increasingly accepted that leaders must only lead when they have the support and the confidence of their people. If leaders breach the social contract of popular consent of the governed through abuses, they not only lose legitimacy but they must relinquish their mandate to govern.

These are indeed times that try men's souls, and the scholars of Egypt need to offer good counsel to their people. If the scholars are to have any relevance when the dust settles, they must take firm positions now. If they merely wait to see what happens, they lose the very thing that empowers them: the people's trust. Amr Khaled has courageously marched with the protesters in solidarity, despite his usual avoidance of politics, but in this situation, the cause is just and the stakes are high, and so he has taken a stand, and people will long remember that. Scholars need to guide and not be dictated to by the puppet masters of power who cut their strings as soon as their usefulness is over, leaving them in the paralysis of paltriness.

The need for resolute positions of solidarity with the Egyptian people in their pleas for political change is undeniable. I personally feel that the scholars, inside and outside of Egypt, have a responsibility to stand with the Egyptian people in their pleas for reform in Egypt. While scholars have a right to their own opinions on this and other matters, my personal opinion is that in order to stop further conflict and prevent more blood from being spilt, the scholars of Egypt should call for an immediate change of power in Egypt.

Having said that, I believe we should maintain a good opinion of the scholars who either take a position or choose to remain silent—a valid option during fitnah. We must recognize that personalijtihad in difficult times is to be respected. The Mufti of Egypt is an honorable and pious man; he understands the complexity of the situation, the dangers of instability, and the tragedies that can quickly arise when conflagrations take a life of their own. Moreover, his position is certainly consonant with a traditional approach that was taken by many of the great scholars of the past. While some may not agree with his opinion, Muslims should respect religious authority, acknowledge a scholar's right to it, and not assume we know anyone's intentions. God alone is the Judge of men's hearts.

It's also worth noting that Egypt suffers from major systemic problems that make any immediate transition to a Western style democracy not only improbable but more likely a destabilizing factor that results in life becoming even more unbearable than it is now. America's experiment in Iraqi democracy is worth reflecting upon.

The real problem in Egypt is not the lack of freedom of expression; the Egyptians are some of the most outspoken people in the world. In fact, the world's problems are solved daily in the cafes of Cairo with creative solutions coming from the waiters as well as the waited upon. What is lacking in Egypt is a reasonable living standard that enables average wage earners not to succumb to the necessity of graft, a government that serves the people, a sound judicial system relatively free from corruption, and, most importantly, basic human dignity—the right to be respected in your own land.

Other Arab countries exist with far less freedom of expression than Egypt—which happens to have the freest press in the Muslim world—but nonetheless have stable societies because the per capita income is high and people live reasonably well. American voter apathy—between 40-50 percent of eligible voters don't vote—proves that democracy is not a priority when all is going well, but when all is not well, tea parties arise, or perhaps in Egypt's case, qahwa parties, meant to awaken the failing government.

Fitnahis worse than killing, according to the Qur'an, and in this case, the fitnah is persecution. The Egyptians have been persecuted for too long, and while traditional scholars since the days of the early fitnahs have sided with stability in order to prevent bloodshed that often resulted in worse situations than the ones being opposed, in an age where peaceful protest is the only rational means of a people to redress the wrongs of their government, the scholars should not only support but acknowledge this change in the world. The situation in the Middle East is intolerable, and as John F. Kennedy rightly remarked, "If we make peaceful revolution impossible, we make violent revolution inevitable."

Source:edited and republished by onislam.net, which was part of an article by the author extracted with minor editorial changes from http://www.sandalaproductions.com

"The Other Qur'an": Bosnian Scholar discusses the Prophet Muhammad