Who does Islamophobia Frighten? Ahsen Utku

Are we frightening or do we frighten others? Or are we frightened as a result? Are we relegated to be the unfortunate generation that is living in a world order based on fear or are we witnesses to a historical period that is more painful than birth pangs and even more historical than history itself? In order for these questions to be answered, we must all wait a while longer; perhaps our lifespan will not be long enough to answer these questions with any certainty. However, there is a reality that is more than certain; this is that despite the fact that individuality is on the rise, no one has the luxury to behave individually. And it is extremely clear that generalizing perceptions, such as Islamophobia, destroy individuality. What a tragic irony!

However, the irony is not limited to this. The concept of “Islamophobia ” - which we are accustomed to reading about in the media almost every day, is worth discussing. Even though this is the not the place to discuss this concept, it is a good idea to underscore the irony of this concept. We are talking about a concept the legitimacy and acceptance of which increases with its frequent use. However, the aspect of the term “Islamophobia” that attracts our attention is that there is no alternative word for it, unlike other concepts that lead to debates. In other words, one can form a specific language, and a discourse based on this language such as using the term “guerilla” for a group or person they don’t wish to refer to as “terrorist”, or the phrase “autonomous region,” instead of “state.” However, the concept of Islamophobia, in addition to unleashing a fear that “Islamophobia is on the rise”, has become part of the vernacular and imposes upon us, not allowing us any alternative phrase.

One of the most important factors in Islamophobia is that it is domineering, like a mythological dragon which everyone fears, but which is continually fed through victimization; this is undoubtedly the language used by the media. Regardless of how often concepts such as freedom of opinion and thought, democracy and human rights are thought to shape and steer all political and social mechanisms in the 21st century, there will always be certain factors that continue, both now and in the future, to shape the aforementioned mechanisms, regardless of which century we live in. This factor, which the politicians and media continue to toss about like stress balls, is nothing but populism. Whether the media influences the masses, or the masses influence the media is a whole new discussion; however, this is not separate from the media’s attitude to Islamophobia.

Who is frightening whom?

When we examine the international media the prospect is bleak; prohibitions are on the rise, the public opinion polls display surprising (or so they seem to us) results, and there is a constant increase in nationalistic and alienating political discourse. While the Islamic world and Muslims continue to scream, “We are really not bad people!” the prohibitions on appearing in public with a burqa have become to appear normal. In , attempts to justify the vote against the minarets are being made with the logic that, “there must be some explanation for it.” Meanwhile, in the “country of freedoms”, , politician Geert Wilders, who has been trying to make a name for himself before the masses, is preparing to become a coalition member.

So what is really happening? Is there truly an increase in hatred and pressure on Muslims and Islam in the East, or are we seeing events through the magnifying lens of the media? 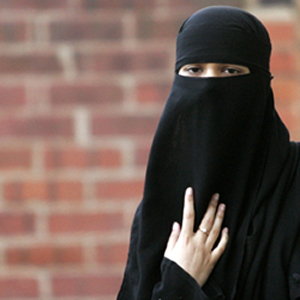 How are Muslims represented? What is being done regarding the issue of Muslim representation? How much of what is being portrayed in the media is truly representative of the perception of Muslims and Westerners? In this case it would be beneficial for both sides to form empathy and try to understand some of the current hesitations and fears along with their causes. For one must understand that the West will not easily be able to pass the test of “co-existence.”

The history of Islamophobia does not date from 9/11; however, we must accept that 9/11 represents an important turning point in the sheer volume of Islamophobia in the media. Prior to 9/11, particularly in the European media, including that of , there were feature topics and columns regarding Muslims in the West. Many of these articles were pieces inspired by meetings and gatherings and places where masses had gathered, where 24-hour protests were held by people who didn’t have the slightest clue about the countries in question. Images that were created giving the impression that these countries were living in a state of violence; these were accompanied by other images which asked just where things were “headed” with these nations. September 11 only made the media’s job easier, because now there was an aspect that could be indicated while questioning just “where things were headed”, and it become much easier to label people. People were now much more easily pigeon-holed as “terrorists”, “fanatics”, “radicals” or “Islamists.” And even if they were not terrorists, they might have “connections with terrorists.” Particularly following the cartoon crisis in , the contexts set out by the media during the protests staged by Muslims, as well as the images of “Islam” and “Muslims”, became more horrifying.  There were people burning flags, enraged faces while women looked at the world from behind their burqas and small children waved Hizbullah flags…

And all of this has become so accessible and so accepted that when carrying out a simile search on the internet through popular search engines for terms such as “woman”, “Muslim woman” or “Islam” visual images will pop up displaying how the Muslim image is being projected to the entire world. The French sociologist Jean Badurillard’s statement that the media news is a hyper-realist construct in which there is “a continual intertwining of reality and imagination”, is nearly a summary of the situation in the media as far as Islamophobia is concerned. In France, where the burqa ban was most recently passed, the efforts of the French president Nicolas Sarkozy, who is trying to put into practice his discourse during this election campaign, continually keeping the issue of the burqa in the limelight, makes it clear that they will never “Allow for this practice in France”; this leads many to think that France has in fact been invaded by women wearing the burqa. This is actually an attestation to the reconstruction of reality in a supra-natural way, as the burqa-wearing population of is no more than a few hundred at most. 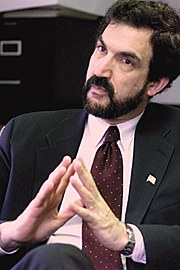 However, we must not do to Western media what the West did to Islam; the Western media has in fact been divided into two. While articles such as “ The Dark Face of Islam,” (The Economist, June 1995) and “They Hate Us Because We are Free” (Alfred, A. Hambridge, Jr.) are examples of  frequently penned works in the West, there are also media organs that criticize the racist elements of such discourse in particular and highlight that discrimination of all sorts should be prevented. But if we are to draw a comparison, the sovereignty and monopoly established by the former group is such that the effect of the latter group is not sufficient to appease us.

Articles published in the Guardian at different dates, such as “Keep Racim away from the Elections,” (April 21, 2010), “Islamophobia is a Threat against Democracy” (March 25, 2010) “The Anti-Muslim Hatred is a Threat to All of Us, (Feb. 25, 2010) or “The UN Should Make a Move against Racism,” (April 20, 2010) were all articles and responses that are opposed to the idea of Islamophobia; indeed, they have all hinted that there was something questionable going on. Just as stated in the article, “Islamophobia,” penned by Daniel Pipes, (New York Sun, Oct. 25, 2005) it is clear that the problem does not consist of just a few “Muslims taking things out of proportion,” and if something has been exaggerated, then the question of how and through which mechanism this has happened should be examined. Among those being questioned, Daniel Pipes was a sure candidate.

What must be done at this juncture is not to draw a terrifying scenario, but rather to find a remedy that will be able to help us overcome this period in the calmest manner. What is referred to by the term media is surely not just television, prime time news or newspapers alone. Throughout a large portion of our lives we are in communication with one another, and this is largely affiliated with the media – whether on a conscious or subconscious level. The comments left by those who are unfamiliar with certain parts of the world, left on a social sharing web are also part of this system as well. To this end, a columnist with the Washington Post, a newspaper that reaches millions, or a person who expresses themselves through a single comment underneath the piece, all assist in making an anti-Islamic stance more apparent to the public.  The media exerts itself through the differentiation between “real fears” and “encouraged/governed fears,” blurring the boundaries between the two. And as the fears of the people become blurred and mix into one another, the magnified shadow of Islamophobia appears on the screen.

It is apparent to everyone that ’s experience of living with the “other” is not all that positive. And the is trying to reconcile a difficult balance between being a world power and carrying its ever increasing Muslim population. The period of experience by both Europe and the is strong enough not to shape just the Western world, but the East and Islamic world as well. If we were to simplify matters, we can say that the Western media is aware of this truth and is acting according to this knowledge. “Building the future,” is a purpose held by everyone and everyone is, in their own way, constructing the future for humanity in their own way. Islamophobia, although containing partial truths, is not the truth in and of itself. It is a future which the media and related institutions want to see and want to be constructed. And if this awareness is not made clear to the Islamic world as soon as possible, living in the shadow of a terrifying Islamophobia, in a future constructed by others, will be inevitable. However, the reality will remain hidden not in the shadow, but behind the screen that is covered by the shadow.

Between Allah & Jesus: What Christians Can Learn from Muslims

The Responsibility of the Islamic World

Leaders Should Invest in the Youth

"A Narrative of Justice for All": Editor of Muslim Lifestyle Magazine Emel on the Life of Prophet Muhammad